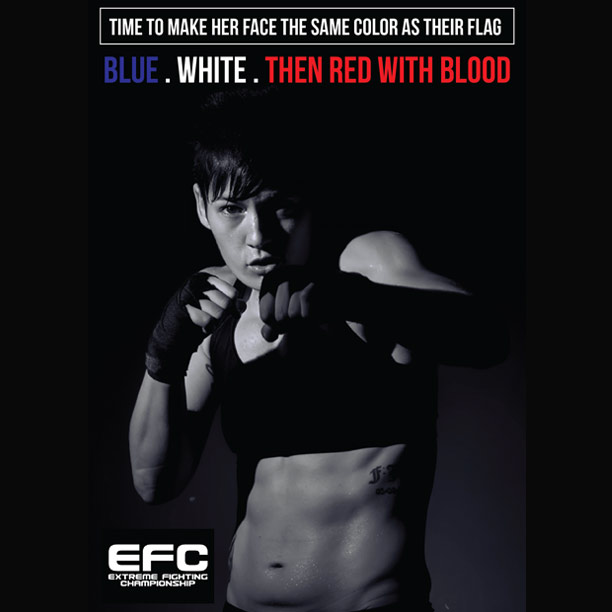 Durban, South Africa – EFC Durban is drawing near and for the first time in EFC history, the women will be taking centre stage on the main card. When Durban’s Amanda ‘Mad Dog’ Lino entered the Hexagon on her debut she made short work of her then Irish opponent and now she returns to face EFC’s the latest French signing, femme fatale, Isabella Pare.

With such an exciting fighting style, Lino has continued to garner massive support ahead of her second EFC bout, and not one to shy away from the media spotlight she has been keeping fans up to date on her training, preparation and thoughts on her opponent.

“Time to make her face the same colour as their flag. BLUE. WHITE. THEN RED.” Reads the message posted earlier today on Facebook by South Africa’s ‘Mad Dog’ with respect to her French opponent.

In contrast, France’s Isabelle Pare has been lying low on social media and very little of her is known to EFC fans around the world. Want to know more? Look out for the premiere of the official countdown to EFC 43 coming soon.