In 6 days the conflict will be settled 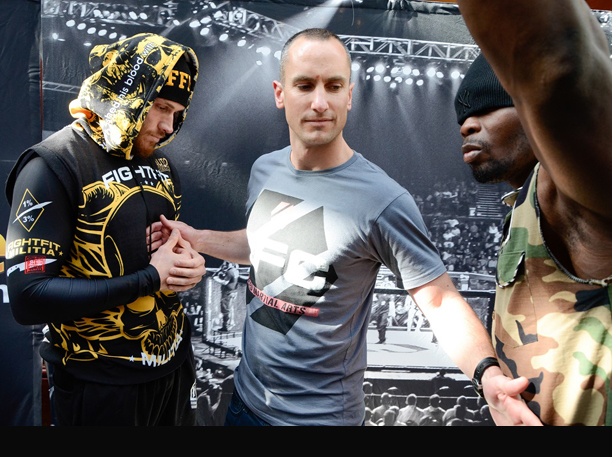 “I don’t care about Norman, I want the belt,” were the words that rang out from Dalcha, over and over again, to the loud applause from his vocal supporters. When interviewed, his coach Quentin Chong, who has been at the centre of the build-up to this mega fight had some advice for the opposition, “Norman’s whole camp is focusing on the wrong person. They are focusing on me, and should be focusing on Champion.”

The light heavyweight champion, Norman ‘Chef’ Wessels, who travelled to Cape Town with a menacing entourage made it clear that if there were going to be any intimidation tactics at play, it would be from them. The team were unfased by Dalcha’s lively supporters and ‘Chef’ calmly stated in interview, “You are not going to get the results you desire. Do not blame me for your disappointment.” His coach, Richie Quan continued to comment on his rival, “Chong is using Dalcha to get in the lime light, and he has nothing without his fighter.”

After all that has been said, there is one thing that is for certain. In 6 days, the clear and apparent conflict between two of the organisation’s rival gyms will be settled. Johannesburg’s Fight Fit Militia goes head-to-head in hostile territory against Cape Town’s famously dangerous team Dragon Power, which side are you on?

“I am here to put on a show for fans!” – America’s Dave ‘Pain Train’ Mazany

Ahead of next Saturday’s title fight, and featuring on the main card, the spotlight went directly onto the anticipated match-up between South Africa’s Sibusiso ‘The Monster’ Mdoko and America’s Dave ‘Pain Train’ Mazany.

After 40 hours of travelling, the American made his way to the ‘Mother City’ and landed just in time to be greeted by ‘The Monster’, where both fighters promised an epic ‘Fight of the Night’ performance. With the eloquent analogy: “Blood is the champagne of the Hexagon,” Mdoko explained his lust for action.

Look out for more highlights and interviews from the media day coming soon.

The next time the fighters will stand face-to-face will be at the official EFC 42 weigh-in. Don’t miss any of the action and get to the free fan event or watch it live on SuperSport. The weigh-in takes place this Friday at 14:00 live from GrandWest.