NOT WORRIED WHAT HE WILL DO 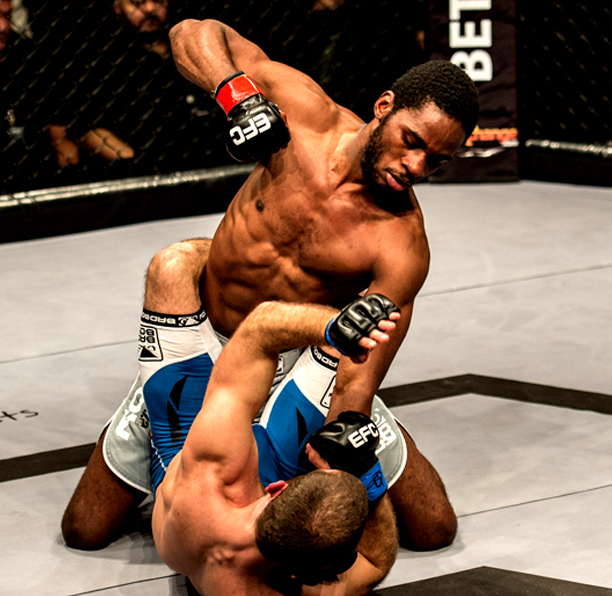 Johannesburg, South Africa – At next month’s massive EFC 44 event, the flyweights will take centre stage in the opening bout of the main card. In what is sure to be an action packed war, Angolan Marino ‘The Scorpion’ Cutendana will take on the organisation’s newest signing in Romania’s Paul ‘El Empalador’ Marin.

Cutendana has had somewhat of a career resurgence recently, after a timid start in EFC and dropping consecutive losses, he has now found his form and is running a three fight winning streak. All of this took place at bantamweight, but now he has decided to make the drop down to the smaller flyweight division. “I am cutting to flyweight because the guys at fly walk around the same weight as me,” stated Marino in an interview this morning. He added, ”and the division is still empty.”

There has been a an influx of high level European talents to the EFC roster and Paul Marin is the first flyweight to join the ranks, a man with large experience and a big record as evidence with ten wins and four losses. Cutendana welcomes the challenge and sees it as a step towards his own improvement, “It’s a pleasure to fight a guy with his experience, and for me it’s all about growth and getting better.”

When talking about the fight itself, Cutendana did not want to get into any specifics, but promised confidently, “It’s going to be an entertaining fight.” He concluded with, “I fight my fight and I am not worried about what he will do. I just get ready for everything that comes.”

The opening bout of the epic EFC 44 event will to set the tone for the three massive title fights and future flyweight contender is sure to emerge.