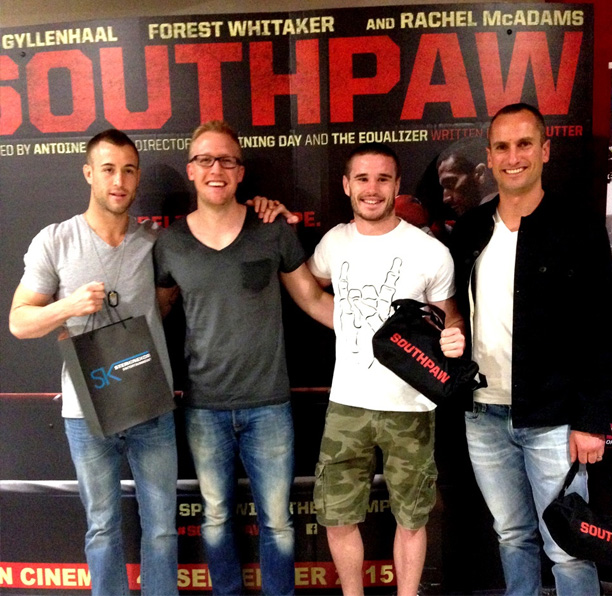 Johannesburg, South Africa – Yesterday evening, EFC athletes and personalities were invited to Ster-Kinekor head office to the official South African premiere of the new Hollywood movie Southpaw and thanks to Ster-Kinekor and bear.CLAW there was an abundance of great complimentary drinks and snacks available.

Even though it was the movie premiere viewing, the event wasn’t amiss any smack-talk from the number one welterweight contender Martin ‘The Punisher’ van Staden who had a few words in regard to his soon to be opponent David Buirski, “Amped to watch Southpaw tonight. Pity David Buirski isn’t here like the little B&%$£ he is.”

After the watching the powerful movie with centered on a boxing champion and his family and struggles, EFC featherweight champion Boyd Allen commented on the movie, “Southpaw was awesome! It’s got me extra excited to defend the belt on the 3rd October against Danny Henry.”