‘THUNDER’ KNOCKSOUT GORILLA AHEAD OF HORATIUS AT EFC 44

Watch the latest episode from EFC 40 as it premières tonight! 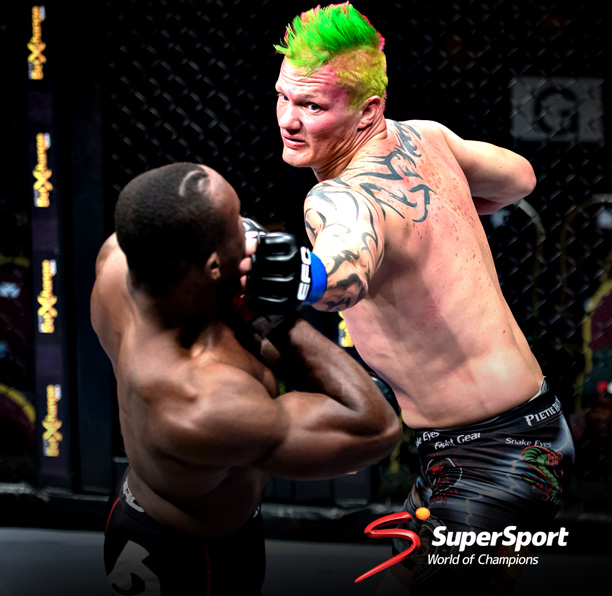 Johannesburg, South Africa – Relive the action from the past EFC 40 event which took place earlier this year in Carnival City, Johannesburg in another epic EFC 40 episode airing on SuperSport tonight.

Ahead of Pietie ‘Thunder’ Coxen’s upcoming bout at EFC 44 against debutant Horatius Aluna, See for the first time broadcast on SuperSport, the knockout artist Coxen take on DRC’s Judo Blackbelt Gorilla Ossoko in a back and forth war that had fans on the edge of their seats until the impressive finish

Also, in a bout which was broadcast live on the night; see the headline fight from the epic event between the former welterweight champion Dino ‘The Lion’ Bagattin and young MMA phenom Dricus ‘Stillknocks’ du Plessis, in a fight that still has fans talking about it, Bagattin and du Plessis pushed their limits to put on an explosive fight from start to finish until du Plessis sunk in a Rear-Naked Choke and showed the welterweight division he is a serious contender.

Watch the epic past bouts between Bagattin vs. du Plessis and Coxen vs. Ossoko tonight on SuperSport 9 (209) at 22:35 (CAT).