Gideon Drotschie sees fight with Dalcha ending in the second round 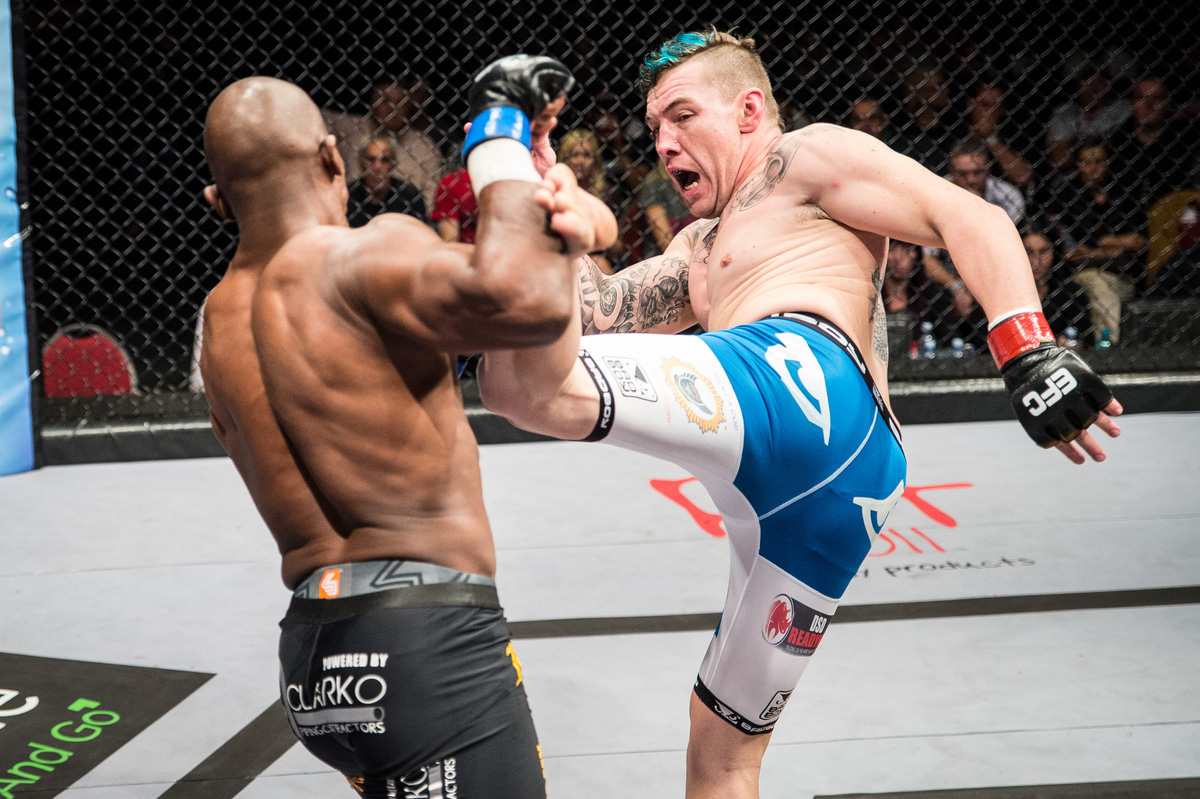 Cape Town, South Africa – Gideon ‘Juggernaut’ Drotschie has had rollercoaster ride in his career of late with many highs and lows having won and defended the light heavyweight title, then lost it to Norman ‘Chef’ Wessels and now rebuilding to the top of the division. On 7 November he will get his chance to prove once again that he is the rightful number one contender when he faces DRC’s Champion Dalcha in a five round main event that puts everything he has worked for on the line.

A newly evolved and motivated Gideon Drotschie returns at EFC 45 a new man,” I am more motivated than ever. I am chasing my goals to recapture the belt and nothing is going to stand in my way,” he stated in an interview this morning.

Completely unfazed by the monster of an athlete that stands in front of him, Drotschie has predicted how he sees the fight going, “He will come really strong and probably throw me a bit.” He continued, “It won’t be enough though, and that power will only last a round or so. Then he will break and I will get the finish.”