IOKOBIDZE GOES ALL OUT AGAINST BUTHELEZI

Watch the latest episode from EFC 41 on SuperSport as it premières tonight! 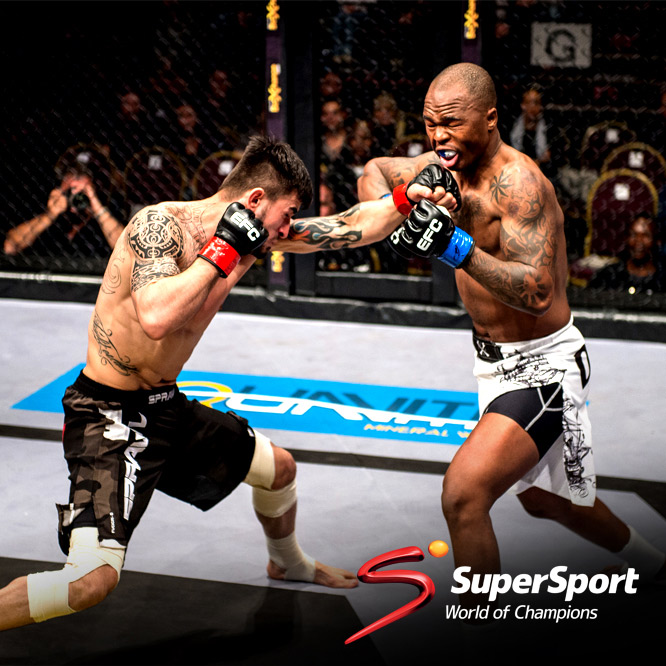 Johannesburg, South Africa – Relive the action from the past EFC 41 event which took place earlier this year in Carnival City, Johannesburg in another epic EFC 41 episode airing on SuperSport tonight.

For the first time broadcast on television, Georgian Koba Iakobidze takes on Muay Thai champion Mtobisi ‘Grimreaper’ Buthelezi in an exciting strike fest that ends swiftly and unexpectedly to what most pundits predicted.

Plus, in a bout which was broadcast live on the night; see Liam Cleland claim the vacant middleweight belt in a five round war of skill, heart and attrition against Michiel Opperman. Cleland is set to face Rafal ‘The polish Tank’ Haratyk in his first title defence at a later date to be confirmed.

Watch the epic past bouts between Koba Iakobidze vs. Mthobisi Buthelezi and Liam Cleland vs. Michiel Opperman tonight on SuperSport 9 (209) at 22:30 (CAT).