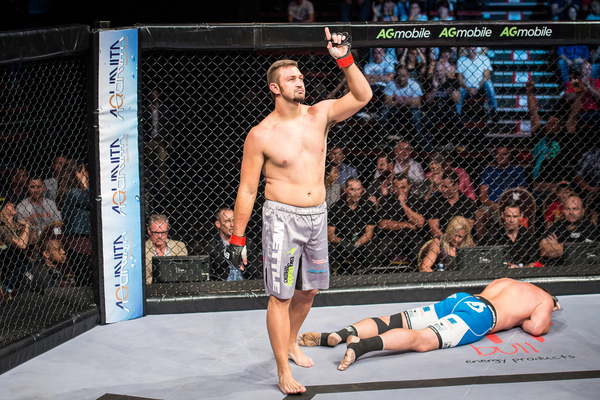 Cape Town, South Africa – Danie ‘The Pitbull’ van Heerden has been competing in the EFC Hexagon since EFC 01. He has been on the cusp of success and reaching EFC glory, but fallen just short in his championship fight against Gideon Drotschie. Now in the process of climbing the heavyweight ranks again, he has stepped in as a late replacement to face DRC’s Knife Didier to catapult him up towards his ultimate goal at EFC 45 in Cape Town on 7 November.

Didier was originally scheduled to face Nigeria’s Steve Nwosu opponent, who has withdrawn due to an ankle injury. Van Heerden eager to get live his title aspirations, jumped at the opportunity to prove himself worthy. “I am the only one that can defeat Asker and I am going to prove it by finishing Knife on just two weeks notice,” stated van Heerden when signing for the fight.

Van Heerden is on the most experienced athletes on the EFC roster, boasting over twenty professional Mixed Martial Arts bouts with thirteen of them taking place inside the EFC Hexagon. Since moving back up to heavyweight, van Heerden is riding a two fight win streak with two quick TKO finishes; a third in a row could see him at the top of the division and challenging the recently crowned champion Cyril ‘Silverback’ Asker.