Watch the latest episode from EFC 42 on SuperSport as it premières tonight! 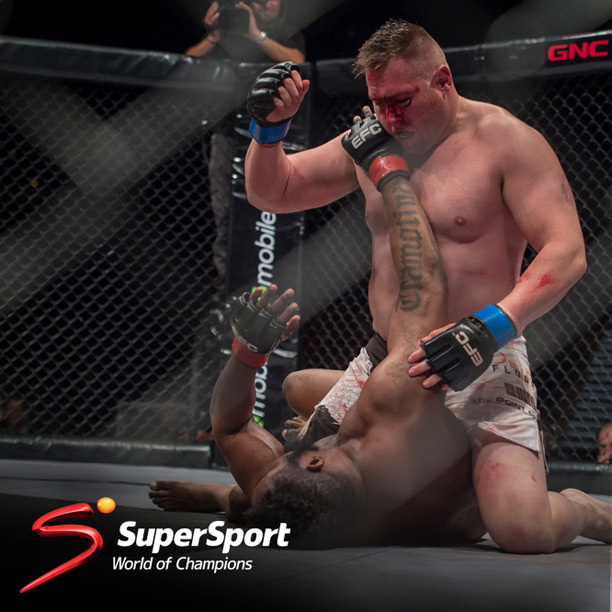 Cape Town, South Africa – Relive the action from the past EFC 42 event which took place earlier this year in GrandWest, Cape Town in another epic EFC 42 episode airing on SuperSport tonight.

Watch Michael “The Tank” Vermeulen taking on DRC’s knockout machine Knife Didier. The fight began straight from the starting bell when Didier tagged Vermeulen in the face resulting in two cuts appearing over his left eye. A back and forth war ensued that ended with Vermeulen scoring a massive ground and pound TKO finish to claim the victory over his notorious opponent.

Also, relive the action between South Africa’s Thumelo “The Truck” Maphutha and Belgium’s Marc Vlieger in a nearly three round technical striking conflict that ended in an exhilarating TKO victory for light heavyweight Maphutha.

Watch the epic past bouts between Michael Vermeulen vs. Knife Didier and Thumelo Maphutha vs. Marc Vlieger tonight on SuperSport 9 (209) at 22:30 (CAT).