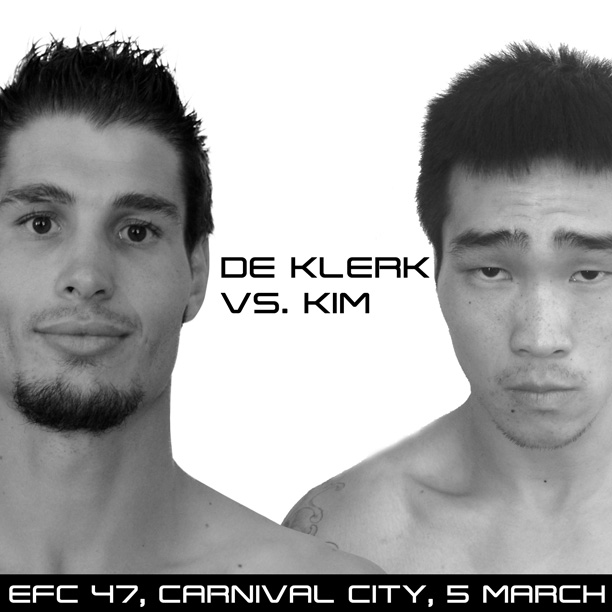 Johannesburg, South Africa – The latest bout to be added to the first EFC event of the year will see Middleburg’s Pieter ‘The Wolfman’ De Klerk face a highly touted debutant, Pietermaritzburg’s DuHo Kim.

While De Klerk may not have had the best of starts to his professional career, he has more than made up for it by winning performance bonuses for his exhilarating back and forth war in his most recent outing in the Hexagon. Having gone back to the drawing board at XKT Middleburg and now in the position of being more experienced than his opponent, De Klerk is eager to get into the winning column.

His opponent, Kim, joins the EFC roster with a very large amateur career. With a South Korean heritage he was born and raised in Pietermaritzburg, Kim moved to Johannesburg to hone his MMA craft. Now he trains out of Hotbox gym, alongside fellow bantamweight contender Oumpie Sebeko. Known for his boxing power and ground skills, Kim is sure to be a difficult conundrum to solve in a fight of strategy. An aggressive powerful hitter, Kim is expected to bring the fight to his opponents and always hunts for the early finish.

This fight and seven more prelim bouts ahead of the double title fight main card. Get your tickets now to avoid disappointment.