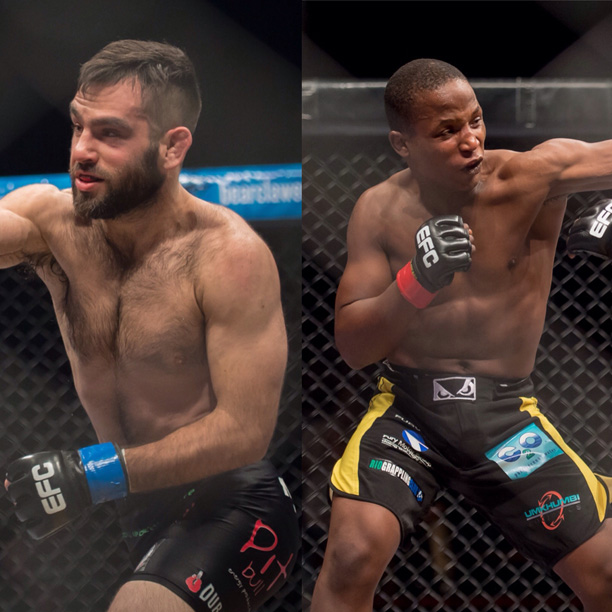 Johannesburg, South Africa – Carnival City is set to explode with fireworks on 5 March with the first event of the year set to take place, headlined by two huge title fights. If that was not enough, now ‘Fight of the Night’ makers Brendon Katz and Sizwe Mnikathi are now set to face-off in the Hexagon.

Renowned for some of the biggest knockouts in the EFC Hexagon, Katz has been a fan favourite for his never-say-die attitude and heavy punches. A master at brawling and generating one-punch knockout power, Katz keeps all his opponents wary and skeptical to engage. The last time fans saw Katz in action was at the historical EFC 40, where he battled with Wade Groth in a war that has been labeled as ‘Fight of the Year’.

Standing opposite him is the scarily powerful Mnikathi. A man that carries a hunger for success that has seen him dominate almost all that stood in front of him thus far. From being just a cleaner in his gym and training in his free time, Mnikathi has grown into a formidable warrior on the precipice of reaching the top of the ultra-competitive featherweight division. A win over Katz is paramount in his journey to reaching his ultimate goal of EFC gold.

This bout takes place on the main card ahead of the headlining two title fights. Fans can expect a massive slug fest between these two heavy-hitting featherweights, a war like no other between two true students of the art of Mixed Martial Arts.