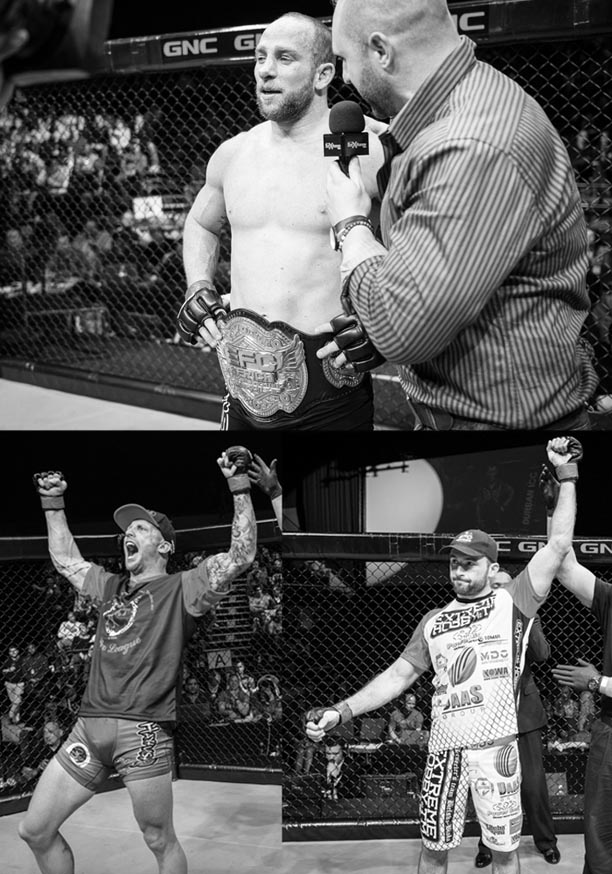 Johannesburg, South Africa – At EFC 41 in July 2015, Liam Cleland made history and beat Michiel Opperman to claim the vacant middleweight EFC championship in spectacular fashion. It was then announced that Poland’s Rafal ‘Polish Tank’ Haratyk would be the number one contender and next to challenge for coveted belt.

As part of Liam Cleland’s last post fight medical check, it was found, on a precautionary MRI scan, that the middleweight champion’s risk of injury is higher than that compared to the average athlete. Doctors have advised that his risk of injury to be above that of a normal competitor.

EFC keeps a strict medical and safety policy to help insure the health and safety of the athletes and the organisation’s number one goal is for athletes to compete at their best in the safest possible environment.

The EFC middleweight champion has retired.

“We are all really sad for Liam that he will not be able to compete, something that he loved doing,” stated EFC President Howarth. He continued, “However, we are thankful that this was picked up before Liam competed again where his health would have been at risk.”

“I am gutted that I will not be able to compete going forward,” stated Liam Cleland. He continued, “I have been a professional fighter for 15 years – this is a large hole in my life which I am going to struggle to full. Once a person does MMA everything else has the volume turned down. Maybe I will take a more dangerous sport like Tiddlywinks, Chess or bowls (I was quite good at Tiddlywinks when I was 6).”

“I would like to thank Cairo and Graeme as well as all the people at EFC for the support during this time and allowing me to fulfil one of my life’s dreams of becoming the EFC champion.”

“Before EFC, the sport was not something I would want my children doing. The medical measures and professional attitude EFC have brought to sport changed that.”

“Thanks to my team and family for the support and carrying us to the heights we have achieved. Lastly, thank you to all the fans, without your continued support this dream would not have been possible.”

With Cleland retiring after the former middleweight champion Garreth McLellan relinquished his title to compete in the UFC, the EFC middleweight division is once again left without, but all is not lost and as with every new day, a new era begins.

Haratyk, undefeated in the EFC Hexagon and promised a shot at the former champion will finally get his chance to prove his dominance on one of the world’s biggest stages, but Kruger, the last man to defeat Liam Cleland is eagerly standing in his way.

When asked his thoughts, the former champion’s words were the same, “The first and most obvious contender is Rafal Haratyk. He earned his shot already last year, a fight I really wanted to test myself in. The second guy is the last man to beat me. The loveable ginger JP Kruger. He is super deserving of this fight, having only ever lost once in his career against ‘Soldierboy’ in a championship bout.”

EFC 49: Kruger vs. Haratyk is presented by BetXchange.com and will take place at Carnival City, Johannesburg on Saturday 14 May. Tickets available soon at www.computicket.com.