Kabesa and Henry exchange words ahead of championship fight 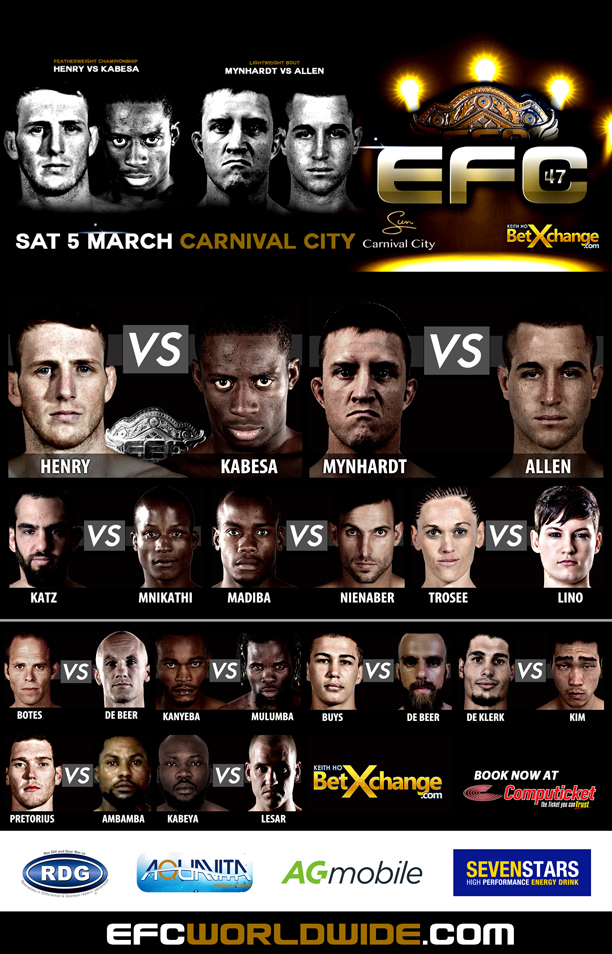 Johannesburg, South Africa – Get ready for the first event of the year, headlined by a championship title fight and the ultimate dream match-up.

Recently crowned, Scotland’s Danny Henry looks to cement his legacy with his first title defence. Standing in his way of divisional domination is the undefeated wrestling champion Igeu ‘Smiley’ Kabesa. Riding a massive six fight winning streak, the DRC born phenom not only seeks his own glory, but also vengeance for his teammate Boyd Allen who lost his title to Allen late last year. Watch the countdown to the main event here: efcww.com/1QnzAQh

Two fan favourites and South African MMA superstars collide in the ultimate dream match-up that sees champion and former champion meet each other in the Hexagon for the first time in history. Lightweight champion Leon ‘Iron Lion Mynhardt is set to face former champion Boyd Allen in a three round super fight. Watch the countdown to this dream match-up here: efcww.com/1QnzAQh

Plus, for the first time in history two of South Africa’s best females will face each other inside the EFC Hexagon. And, it’s Springs vs. Pretoria when the electrifying Tumisang ‘The President’ Madiba and former contender Barend ‘BB Gun’ Nienaber clash.

All this and six more exciting prelim bouts in the first event of 2016. Get your tickets now and avoid disappointment.