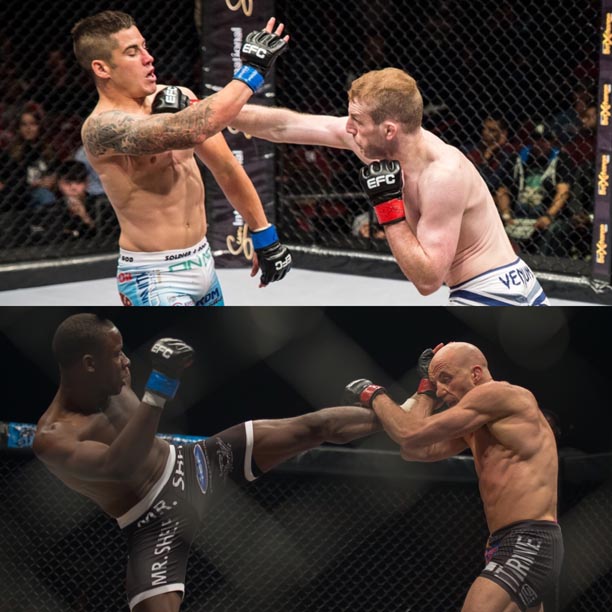 Johannesburg, South Africa – Earlier today, undefeated challenger Igeu ‘Smiley’ Kabesa posted a technical sparring session with team mate JP Buys to show fans what he is bringing to EFC 47, along with a caption to taunt the champion.

“Some technical sparring with Brother. Danny Henry it’s time, no running now and thanx for bringing back my title” – Igeu Kabesa

Shortly after posting the video, reigning and defending champion, Scotland’s Danny Henry responded with a comment on the video.

“No running now? That’s hilarious from you. All you do is run, you run your mouth and run away from your opponents. I come 6000 miles to your back yard in your climate on your terms to fight you in front of your own people, I’m running nowhere.” – Danny Henry

Kabesa is set to challenge Henry for his featherweight championship in the first event of the year, as the headlining fight at EFC 47.