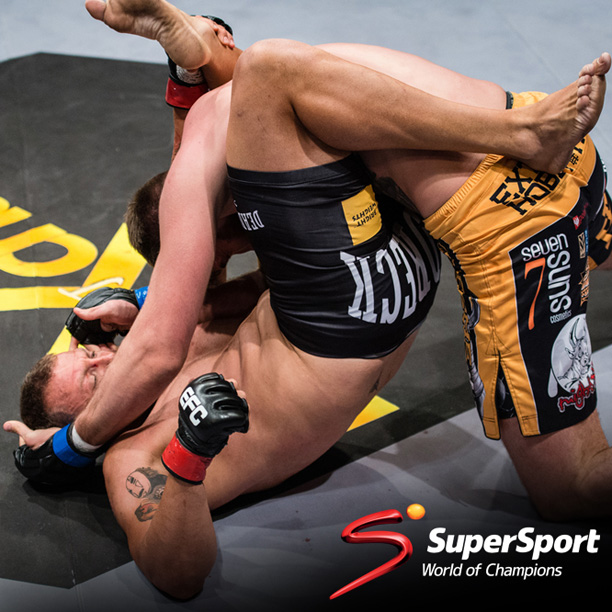 Johannesburg, South Africa – Relive the action from the past EFC 45 event which took place last year in GrandWest, Cape Town in the first epic EFC 45 episode airing on SuperSport tonight.

Plus for the first time on television as well, South Africa’s Cameron Pritchard faced the incredible strong wrestling of Francois ‘Frenchman’ Kabulu in what was building up to be a ‘fight of the Night’ before its controversial ending.

Also, relive the heavyweight action between South Africa’s Brendon Groenewald and Tomasz ‘Kredka’ Kowalkowski. Groenewald carried the South African flag high that night and managed a feat many doubted could be done. Groenewald submitted the Polish giant with his slick Brazilian Jiu-Jitsu in the first round with a tight triangle choke, earning his number one contender spot.

Watch the epic past bouts between Robert Simbowe vs. Conrad Seabi, Cameron Pritchard vs. Francois Kabulu and Brendon Groenewald vs. Tomasz Kowalkowski tonight on SuperSport 9 (209) at 23:00 (CAT).