Brendon Groenewald is focused on the title fight ahead 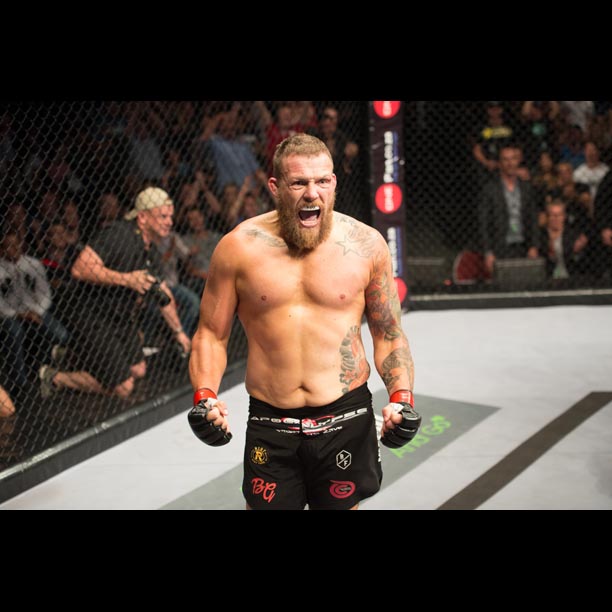 Cape Town, South Africa – Brendon Groenewald is the former EFC heavyweight champion, and now is on the brink of returning the gold strap back around his waist. Opposing him sees one of the most experienced and toughest athletes on the EFC roster, Danie ‘The Pitbull’ van Heerden.

Neither man is known for their prefight hype or smack talk, but for their relentless ambition inside the Hexagon and never say die attitude. These two men are the epitome of the the heavyweight division and there is no one more deserving for the shot at the vacant heavyweight championship.

Groenewald has upped his ante, this time round showing a larger focus and concentration than has been typically seen by the former champion. In a post on his Facebook page, he recently acknowledged the challenge his 23 April opponent represents:

“Keeping an eye on my prize, Danie van Heerden you will be a worthy opponent of this I’m sure.”

This massive match-up takes place as the co-main event along with Irshaad Sayed vs. Cedric Doyle for the interim banatmweight championship.