“AFTER I BEAT DOYLE I WILL CONSIDER MYSELF THE CHAMPION” – SAYED 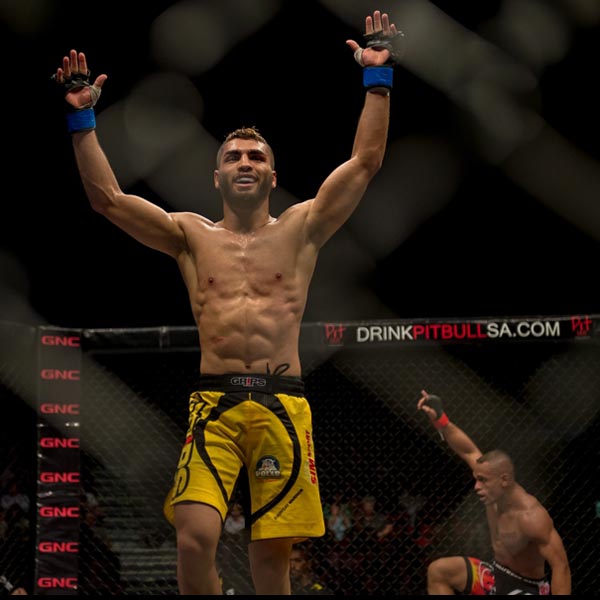 Cape Town, South Africa – EFC 48 in Cape Town is turning into one of the most debated events in EFC history, headlined by the heavyweight title fight between Brendon Groenewald and Danie ‘The Pitbull’ van Heerden for the vacant heavyweight championship and one of the highly anticipated interim title fight between Cape Town’s Irshaad ‘White Tiger’ Sayed and Secunda’s Cedric ‘The Dominator’ Doyle. Events leading up to the announcement of the interim title fight have seen Sayed calling out the undefeated champ, with the champ refusing to face Sayed anywhere but in his home country of Angola.

In an interview this morning with the number one contender Sayed was asked a few questions on the current champ Pena and responded with, “I don’t really want to talk about Pena too much, people need to forget about him and get excited about Sayed vs Doyle.“ Sayed then added, “Pena is exceptionally boring, I think Sayed vs. Doyle makes for a much more exciting match up.”

The argument of who is the real champion often comes up when an interim title is involved, Sayed was very resolute on his stance on the matter, “I already know I’m the best bantamweight in EFC, I’m 1 of the best athletes on the entire roster.” Sayed stated, He concluded with, “After I beat Doyle I will consider myself the champion.”

This massive match-up takes place as the co-main event along with Brendon Groenewald vs. Danie van Heerden for the vacant EFC heavyweight championship.