AND THE WINNER IS? YOU BE THE JUDGE 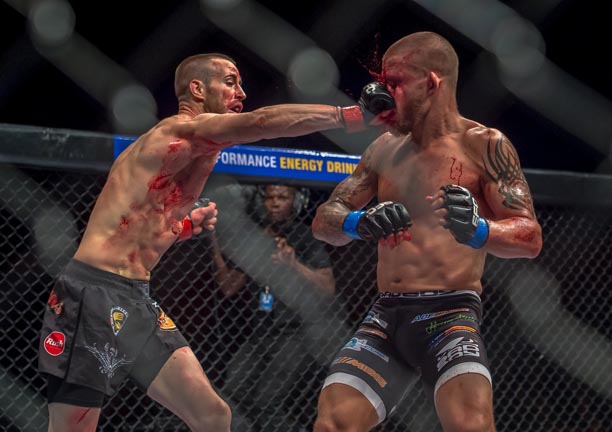 Johannesburg, South Africa – Saturday nights EFC 47 kicked 2016 into hyper dive with an epic fight card filled action from start to finish. One bout in particular which had fans screaming for more was the dream match-up between Leon ‘Iron Lion’ Mynhardt and Boyd Allen.

In an absolute thee round war which setup what could become the biggest rematch in EFC history, Allen was awarded the victory via a split decision. A decision, which has left many fans believing Mynhardt was robbed by the judges.

Who do you think won the fight? Tell us and stand a chance of winning 2 VIP tickets to next month’s heavyweight title fight in Cape Town worth R1500.