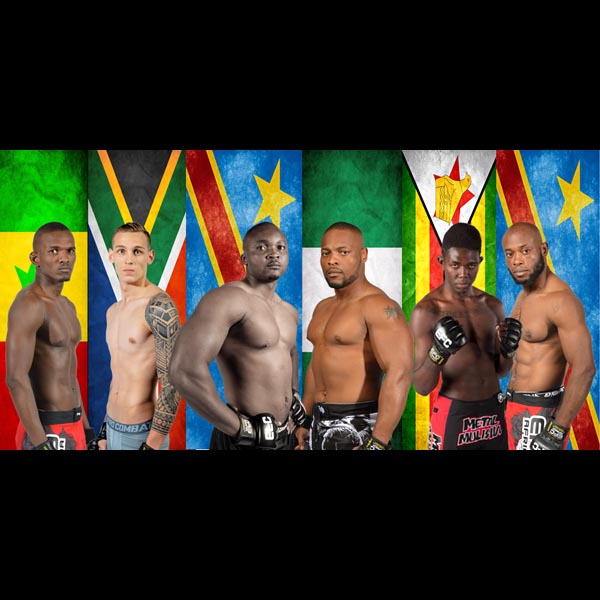 Set to open the stellar card, Cape Town favourite Muyambo returns to action to face the super tough Shogun Djembo. Training out of Panther Fighting arts, Muyambo has faced some of the best on the EFC roster by the likes of former lightweight champ Don Madge and reigning featherweight champ Igeu Kabesa. Muyambo is known for always bringing the fight to his opponent, no matter who stands in front of him. Djembo made his EFC debut last year to win in a dominant display of athleticism and heart to get the win, training out of CIT in Pretoria, his powerful stature is sure to give fans an explosive fight to remember.

Every fan loves a knockout and that is something that heavyweights often deliver. Micholas is renowned for his one-punch KO ability and even showed his ability to stand with the best when he took former heavyweight champion Cyril Asker to a decision when they met last year. Having put in serious work to improve on his grappling skills, Misholas has been winning many Brazilian Jiu-Jitsu tournaments since his last MMA bout. His opponent, Nwosu is a stocky and powerful heavyweight that gives everything he has with every strike. While not having been victorious in the Hexagon in his two outings, he always puts on a show for his Cape Town fans and always remains a threat.

It will have been ten months since Toure first made his debut and broke Sizwe Mnikathi’s four fight win streak. A tall and lanky Judo expert Toure manages to use his long limbs well and control distance. But this time he faces a very different challenge in the similarly tall and lanky Smith. Hailing from the same gym as Toure’s former opponent Mnikathi, Durban based GBH, and will definitely bring the fight in search of vengeance. With similar experience to Toure, Smith won a ‘Performance Bonus’ for his incredible debut win over Pieter de Klerk.

These thrilling match-up take place on the prelim card ahead of the five main card fights, headlined by Brendon Groenewald vs. Danie van Heerden for the vacant heavyweight championship and Irshaad Sayed vs. Cedric Doyle for the interim bantamweight championship.