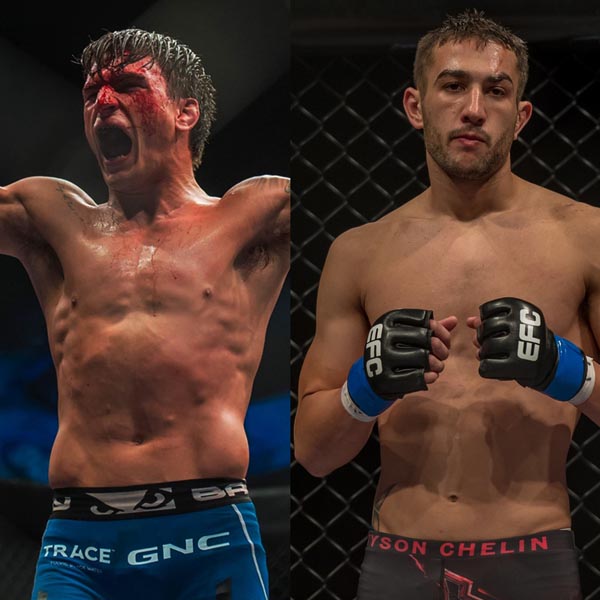 Formerly a featherweight, Chelin has decided to move up to the competitive lightweight division, where he feels he will be quicker and more agile than any of his opponents and not suffer from large weight cuts, where he loses necessary strength. Chelin broke into EFC with three straight victories that saw him rise to the top of the division. Chelin is an unknown quantity that Madge dislikes in his opponents, an aggressive striker that is capable of putting his opponents in uncomfortable positions with his unorthodox movement. Chelin has shown he remains cool and calm under pressure and is a definite future contender in his new division; however this fight against Madge will be an all-new test for the Durban danger man.

EFC matchmaker Graeme Cartemell announced the matchup via his Instagram account with the following caption: “Cape Town is yet to see the super talents of Tyson Chelin. This guy is making his lightweight debut, after a performance studded career in the most competitive division in EFC, he now takes on Don Madge. I predict a fight of the night.”

The last time fans saw Madge in action he was disposing of young up-and-comer Regis Muyambo in a clinical fashion. Now with a recent move to Fight Fit Militia in Johannesburg, Madge is training alongside a multitude of EFC champions and top contenders. Madge is determined to work his way back up the lightweight ladder. A former Muay Thai and EFC champion, Madge knows what it takes to get to and stay at the top and always brings a show for the fans.

This match-up takes place on the main card ahead of two massive title fights, co-headlined by Irshaad Sayed vs. Cedric Doyle for the interim bantamweight title and former champion Brendon Groenewald faces Danie ‘The Pitbull’ van Heerden for the vacant EFC heavyweight championship.