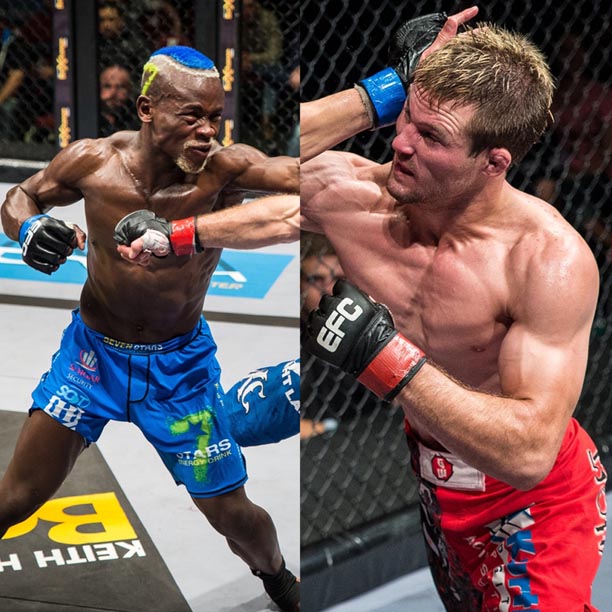 Mdoko made a name for himself when he went on a devastating three fight win streak finishing all his opponents and earning a shot at the lightweight title against the formidable Leon ‘Iron Lion’ Mynhardt. A fight that he took on late notice to replace an injured Don Madge. While this fight ended with him being choked out, he returned in spectacular fashion with a massive TKO finish of Luke Michael. He faced now number one contender. Known for his aggressive and exciting ways, Mdoko brings a rarely match charisma to his fights that keeps fans screaming for more.

Botha has been a dominant contender in the featherweight division, having only ever lost to champions and number one contenders. Now, he is making the move up to lightweight, where he won’t suffer such a big weight cut and in turn will result in even more powerful wrestling and big throws from the multiple African wrestling champion. Coupled with a devastating knockout power, Botha is sure to be a massive threat in his new division.

This match-up takes place on the prelim card ahead of the five main card fights, headlined by Brendon Groenewald vs. Danie van Heerden for the vacant heavyweight championship and Irshaad Sayed vs. Cedric Doyle for the interim bantamweight championship.