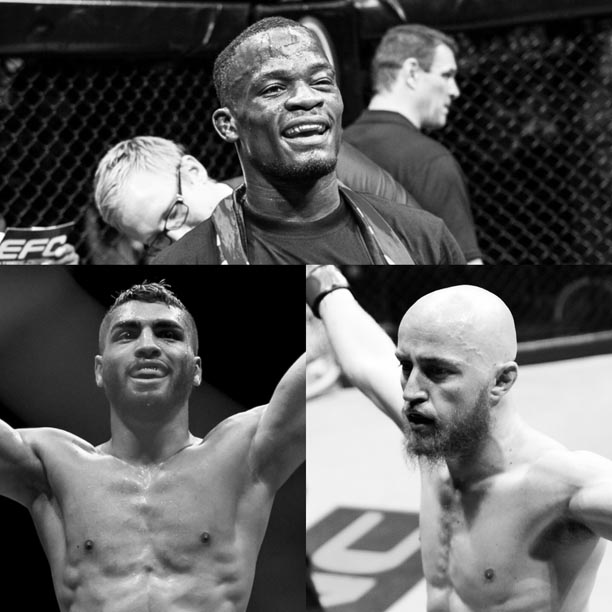 Johannesburg, South Africa – Number one bantamweight contender Irshaad ‘White Tiger’ Sayed has been in the spotlight in recent weeks calling out champion Demarte Pena for his rightful shot at the belt. While the fight has been offered to Pena several times, Pena has declined the bout pending an event in his home country of Angola. Another man has been lying in wait for a return to action and eager for another shot at EFC gold. None other than the man that had Pena in trouble in their 2015 title fight, Cedric ‘The Dominator’ Doyle.

A former title challenger, Doyle faced Pena in a five round war at EFC 41. In the first round, Doyle landed a massive right hand that temporarily stunned the champion and ended with Doyle scoring a takedown, but he was unable to finish the fight and the champion came back to win on points. The man from Secunda has since bounced back with a dominant victory over Gareth Buirski that saw him control proceedings with his rangy striking. With his eye firmly set on reclaiming his top spot, Doyle has been vocal about facing Sayed in the past and now, due to Pena’s unwillingness to fight, will have his chance to prove he belongs at the top of the division once again.

Irshaad Sayed, undefeated in the EFC Hexagon, is the former RUFF China and Muay Thai world champion. The Capetonian, formerly fighting out of Singapore and now fighting out of New Zealand, has been seen as the number one contender since his ‘Fight of the Night’ victory over Abdul Hassan. A fight that was followed up with a spectacular victory over Oumpie Sebeko. Since Pena has declined to face him in Cape Town, Sayed opted to still face Doyle whether it be for a title or not and is adamant to continue to put on world-class performances for his friends, family and fans.

As Pena has turned down the fight against Sayed in South Africa and is adamant that he will only defend his EFC belt in Angola, he has offered to relinquish his EFC title in order for others to compete for the number one spot.

This massive fight takes place on the main card just ahead of the vacant heavyweight title fight between former champion Brendon Groenewald and Danie van Heerden.