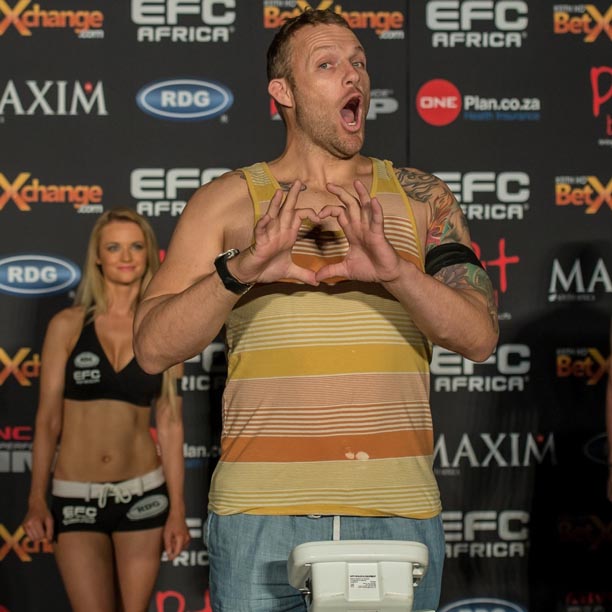 Cape Town, South Africa – Just over 24 days to go until a new EFC heavyweight champion is crowned in Cape Town. Headlining the massive EFC 48 event sees former champ Brendon Groenewald take on one of the most experienced men in the organization, Danie ‘The Pitbull’ van Heerden for the vacant heavyweight strap. Considered the most light-hearted and jovial athlete on the EFC roster, Groenewald has been releasing comical videos targeted at his upcoming opponent van Heerden. See the videos posted by the former champ Groenewald on his Instagram page.

Is Groenewald not taking van Heerden as seriously as he should?