THE SERIOUS SIDE OF GROENEWALD 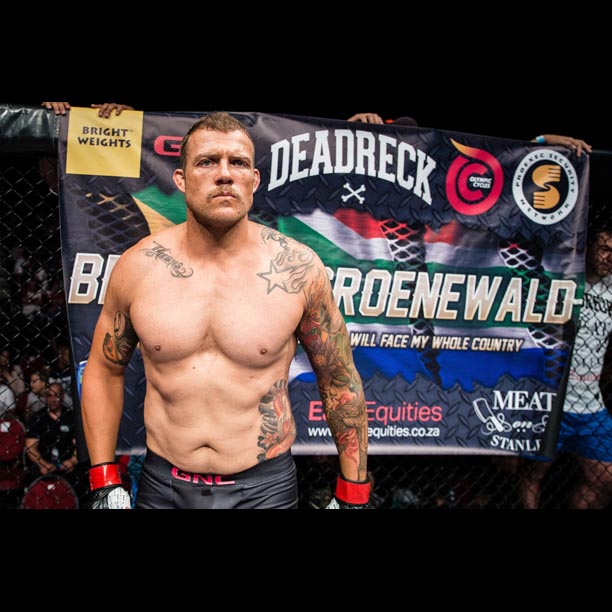 Johannesburg, South Africa – Former EFC champion Brendon Groenewald is set to make his second attempt at the coveted heavyweight belt on 23 April against the toughest athlete on the roster Danie ‘The Pitbull’ van Heerden. Groenewald is known for his nonchalant attitude towards training and preparation for his fights, often releasing jovial videos poking fun at his opponents. However over the Easter Weekend, Groenewald took a new more serious path.

In response to a post from van Heerden, Groenewald posted the below:

“You are more motivated and you are training harder than ever before because of me. Remember one thing, it’s going to take more than a few weeks of training and some focus to break me, but I don’t need to tell you that, all that you do and all that you say is because of me. I’m what you wake up to and I’m what you thinking about when you sleep. Train Pitbull train, I’m no speed bump or hurdle to get over; I’m as real as you’ve had them, train Pitbull train.”