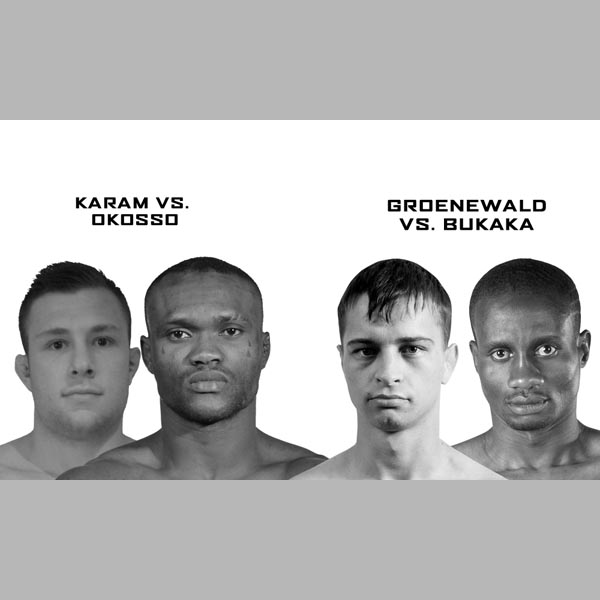 Representing Team CIT in Pretoria, young standout Karam has been on a tear in the welterweight division having won all three of his fights in a dominant fashion. Most recently of which saw him defeat the dangerous Mark Hulme. Now he faces a new challenge in the form of DRC’s Gorilla Okosso, representing Top Primate in Cape Town.

After a spectacular return to form in November last year, the highly experienced ‘Franaconda’ looks to make it two wins in a row in his new home of Cape Town when he faces the accurate striking of DRC’s Boney Bukaka. The move to Cape Town based SBG – Fish Hoek seems to have worked for Groenewald, he is looking sharper than ever. His opponent Bukaka, fighting out of Cape Town Fight Club, is known for his quick hands and feet and always possesses a KO threat to whomever stands opposite him in the Hexagon.