Free on TV to 50 million people in South Africa 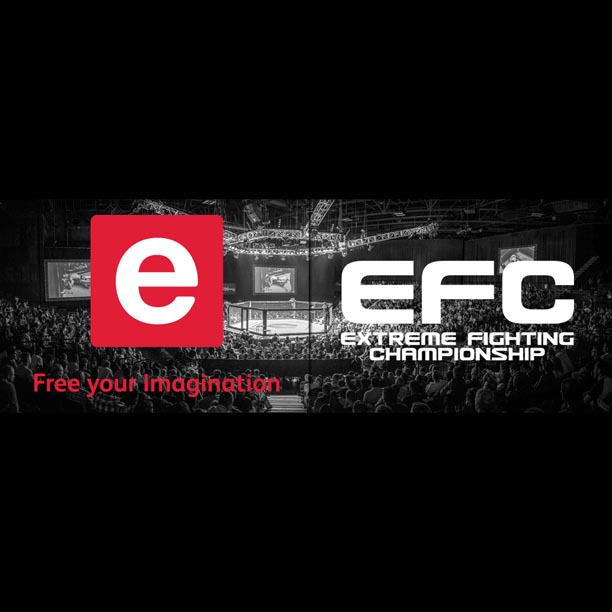 Cape Town, South Africa – In a massive, groundbreaking broadcast partnership which has taken months of planning, it has now been confirmed that EFC (the Extreme Fighting Championship), one of the world’s leading MMA organisations, will once again be broadcast on the South African free-to-air TV channel, E.TV.

In a recent partnership with Kwesé Sports to be Sub-Saharan Africa’s exclusive TV broadcaster, EFC reserved its free-to-air broadcasting rights in South Africa, allowing it to return to e.tv and its incredible broadcast reach of almost 50 million people in South Africa.

EFC was originally broadcast on e.tv from EFC 12 through to EFC 19 and drew massive ratings, both for e.tv at the time and for MMA on the continent. The live broadcast of EFC increased e.tv’s usual viewership for that timeslot by a massive 31.5%, proving just how popular the sport is. The viewer demographic crossed all race and income groups, reflecting broad market appeal across South Africa’s population.

During the live events that were previously broadcast on e.tv, EFC saw a record peak audience of over 1.6 million viewers tuning in to watch their favourite athletes fight in the Hexagon.

“This is absolutely huge for EFC, e.tv and the sport of MMA. It’s a deal that we have been working on for some time and we are ecstatic. It is great for e.tv, the EFC and its partners, the athletes and the fans! This partnership provides an even greater platform for the sport of MMA to grow,” stated EFC President Cairo Howarth. “EFC has a huge following in South Africa and we are delighted to give South African MMA fans events for free on terrestrial television and to be able to reach the whole country.”

Fans can watch the most recent EFC 47 event on e.tv this Friday 8 April. The very first broadcast on e.tv will launch with a rerun of the epic EFC 47: Kabesa vs. Henry event that took place at the beginning of March, this Friday night after the evening movie.

All future EFC events will now take place on Friday evenings and will be broadcast live on Kwesé Sports from 20:00 and delayed live on e.tv in South Africa from around 22:30 (after the evening movie).

The upcoming double title fight event at GrandWest featuring Brendon Groenwald vs. Danie van Heerden, and Irshaad Sayed vs. Cederic Doyle, which was scheduled for Saturday 23 April, is now moving a day earlier to Friday 22 April.

In addition to the delayed live broadcast set to take place on e.tv, two EFC Fight Night episodes will air back-to-back every Saturday night on eKasi+, an Open View (OVHD) channel which is free-to-air for all South Africans, from 22:00 – 00:00, giving fans the opportunity to relive all the EFC action every week. eKasi+ is an entertainment channel from e.tv on the OVHD platform that features talk shows, dramas, movies, music, gospel, kids entertainment, sports, lifestyle and reality shows.

How to Get OpenView HD:
1.PAY ONCE: Buy your OpenView HD equipment (decoder, dish with installation) from any leading retailer, independent installer and whole sale supplier.
2.INSTALL AND ACTIVATE: details included on the box.
3.ENJOY FOREVER: Sit back and enjoy the wonderful experience of multichannel satellite TV with no monthly fees or contracts.

“e.tv is very excited to have EFC back on the channel! We provide viewers with the best local and international entertainment, and EFC is one of the most exciting local sports property in the country.” says Marlon Davids, Acting MD : e.tv Channels Division.