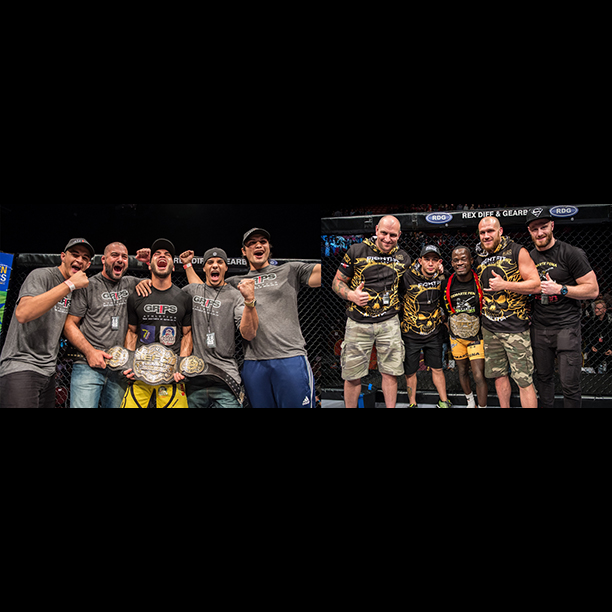 Johanesburg, South Africa – This past Friday saw Cape Town’s Irshaad ‘White Tiger’ Sayed claim EFC gold with his emphatic third round ‘fight of the night’ finish over contender Cedric ‘The Dominator’ Doyle. In his post-fight interview in the Hexagon and in the post-event press conference, the interim champion immediately took to calling out the undefeated champion and co-belt holder, Demarte ‘The Wolf’ Pena. The two have been at words over social media since.

“If he was scared before this fight, I’m pretty sure he is much more scared. He knows what is coming,” Sayed stated at the post-event press conference. He continued on social media with the following:

“What’s Pena going to do when he can’t take me down? Stand and bang? He can’t even stand and bang a prostitute.”

“Hou jou bek you naai, sitting there talking kak when you weren’t man enough to get into the hex, fuck you and FFM.”

The undefeated Angolan, who was silent ahead of the interim title bout, responded to the new champion almost instantly.

“After the fight I’ll be your pimp, you can be on the streets working for me.”

“It’s the sign of an uneducated man to use vulgar language to express himself. I’ll fight you next. And u will lose!”

Stay tuned to EFC to find out when these two will eventually stand face-to-face across the Hexagon. “This is the fight to make happen” EFC President Cairo Howarth.