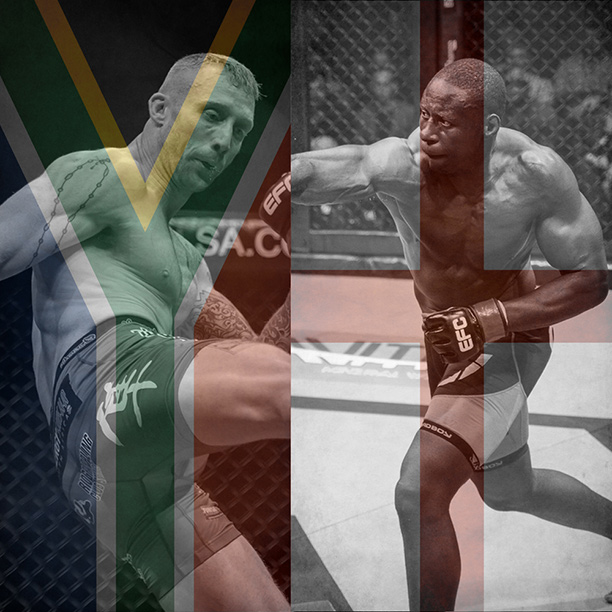 Cape Town, South Africa – In February this year, it was announced that EFC middleweight champion Liam Cleland was retiring and relinquishing the championship belt. At the same time, it was revealed that South Africa’s JP Kruger and Poland’s fearsome Rafal ‘The Polish Tank’ Haratyk would be contesting for the vacant middleweight title at EFC 49 on Friday 13 May. However, in the weeks building up to the encounter, Haratyk received an injury, which has made him pull out of the fight. It has now been confirmed that England’s massive Yannick ‘The Black Mamba’ Bahati has replaced him.

Releasing a statement to EFC on his forced withdrawal from the title fight, Haratyk has the following to say: “Freak accidents happen and I was unlucky to have an orbital fracture stopping me from reaching for EFC middleweight title. What can I say? It is what it is. But what I can promise is this: I’m coming back soon… strong… stronger than ever! You will see ‘The Polish Tank’ in new, better edition!”

“I am really sorry to hear about Rafal’s injury, and wish him a speedy recovery so we can see him back in action soon,” commented Kruger. He continued, “As for Yannick, I am excited to face a man of his well-rounded high caliber. It will be a great way to test myself. That being said, it is my belt and it is staying in South Africa.”

Hailing from Birmingham, England and training out of the famous UTC gym, Bahati has made waves with his two previous appearances in the EFC Hexagon. He entered the EFC on a undefeated four fight win streak as a middleweight, but on both EFC appearances has been forced to fight in battles, on late notice, above his preferred weight class.

He entered EFC and fought the light heavyweight contender Champion Dalcha, taking him the distance in an incredible three round war and later faced division powerhouse Warren Allison and finished him with his sublime submission skills. Both these encounters saw Bahati fight heavier than his traditional middleweight division, and both times he rose to the occasion in phenomenal form. Bahati has built onto his international record and has proved that he belongs as a top EFC contender.

“I signed with the EFC with the goal to become a two division Champion,” stated Bahati when signing for the fight. He continued, “On May 13 I will achieve one of those goals by becoming EFC middleweight Champion. JP is a well-rounded fighter, but everything he does I do better and I will stop him inside the first round. I see him hitting the canvas, he is sloppy on the feet and Ii will KO him. If he survives that, I will pass his guard and submit him. He moves like a white belt on the mat to me.”

This fight between the local fan favorite and the massive Englishman will headline the EFC 49 event in what is set to be yet another spectacular fight card. Full card to be announced soon.