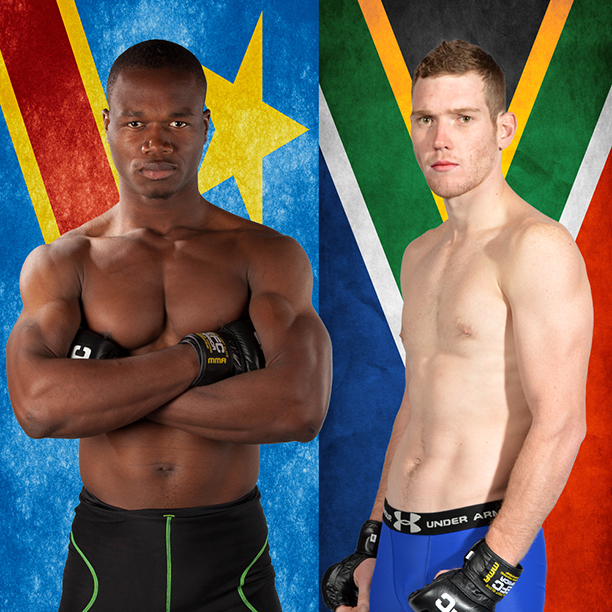 Hailing from Springs, Johannesburg, Pretorius had a rocky beginning to his professional career losing his first fight at lightweight, but has since won back-to-back victories since moving to the heavier welterweight division. Pretorius has managed to finish both of his previous opponents, one via TKO and the other via a triangle submission. With a big step up in competition with his upcoming opponent, Pretorius is looking to show he is a true threat in the super stacked welterweight division.

Having in the past stepped up on late notice to face Dricus du Plessis and having taking England’s Joe Cummins the distance in a memorable ‘Fight of the Night’ performance, Mukulu has built a reputation in EFC as an incredibly tough and challenging fight for everyone he has faced. Mukulu has shown he is capable of facing the best in the division but will he know how to handle the young up-and-coming Pretorius, the man eager to slingshot himself up the rankings?

This bout headlines the EFC 48 prelim card taking place ahead of the double title fight featuring Groenewald vs. van Heerden and Sayed vs. Doyle and so much more.

EFC 48 prelim bouts are only available live at GrandWest, tickets available from R99 from Computicket.com: efcww.com/1WZnXDz

Prelim bouts will be broadcast on eKasi+ on the OpenView HD platform on Saturday evenings, along with main card bouts, in an episode format from 22:00 – 00:00. OpenView HD decoders are available around South Africa from Game stores.