Another massive match-up added to EFC 49, Friday 13 May 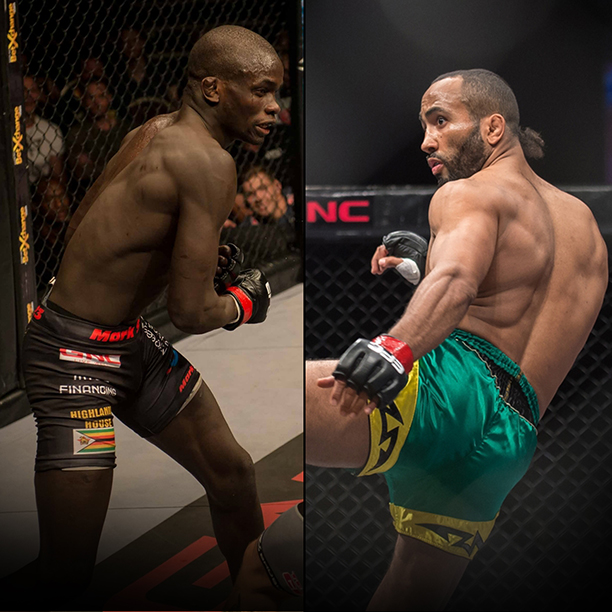 Johannesburg, South Africa – Two weeks ago it was announced that the headlining fight for the vacant EFC middleweight title at the upcoming EFC 49 will see South African favouite JP ‘Tinkerbell’ Kruger face England’s behemoth Yannick ‘Black Mamba’ Bahati. Along with this announcement, it was mentioned that the remaining EFC 49 main card fights would be revealed soon.

Zimbabwe’s Themba ‘The Answer’ Gorimbo had a meteoric rise, going undefeated in six fights and then challenging lightweight champion Leon Mynhardt and suffering his first ever professional loss. Gorimbo is a big lightweight and has already shown early in his career that he is highly competitive in the heavier welterweight division. Now set to face England’s undefeated Joe ‘Silk’ Cummins, the former contender has everything to gain. Cummins is riding back-to-back victories in the EFC hexagon, having earned ‘Fight of the Night’ in his most recent outing. With his eye firmly set on becoming the champion, beating Gorimbo will be a massive push in the right direction for the British talent.

EFC 49: Kruger vs. Bahati is presented by BetXchange.com, takes place Friday 13 May 2016 at Carnival City, Johannesburg. Watch the main card live via online streaming at www.kwesesports.com and delayed live on e.tv. Tickets available at www.computicket.com.