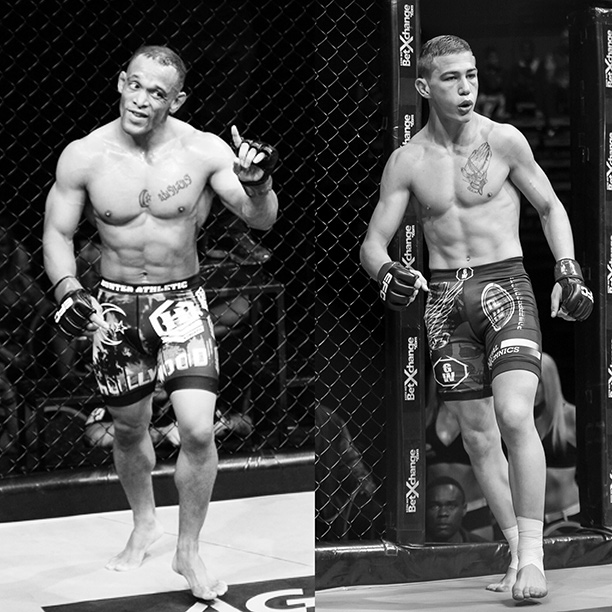 Johannesburg, South Africa – Two weeks to go to universal warfare descends upon Carnival City on Friday 13 May. Headlined by the middleweight title fight between South African fan favourite JP ‘Tinkerbell’ Kruger and England’s behemoth Yannick Bahati. In a surprise move that noen would have predicted it has been revealed that former contender Durban’s Abdul ‘Hollywood’ Hassan and Johannesburg’s rising star, JP Buys, will clash on the main card.

The last time fans saw Hassan in action was winning a split decision of the exciting Oumpie Sebeko. Using his vast experience, the team GBH athlete timed his take-downs to perfection and controlled his striking focused opponent where he was weakest. The former contender is hungry for another shot at gold, but as a date is still to be set for the bantamweight title unification fight between Irshaad Sayed and Demarte Pena, he wants to keep busy and further strengthen his case for another shot at gold. Here is information donated types of games like apps and see online friv games, which are played on devices and gadgets, such as laptops, mobile phones and others. Many of these games can be found on various websites and some of them are free.

Buys is no stranger to facing bigger than his typical flyweight division, as he trains with the likes of undefeated champion Demarte Pena amongst many others. A South African wrestling champion, Buys has had fantastic performances in EFC, going 2-1 in recent outings. Another man, on the mission of claiming another EFC gold belt for his team of FFM, a win over such an experienced opponent in a heavier division will slingshot him to the top of the flyweight division.

A high paced fight between two of EFC’s best grapplers is expected when Hassan and Buys collide.

All this and so much more scheduled to take place at EFC 49.