Opperman vs Haratyk cancelled, Haratyk expected to compete at EFC 51 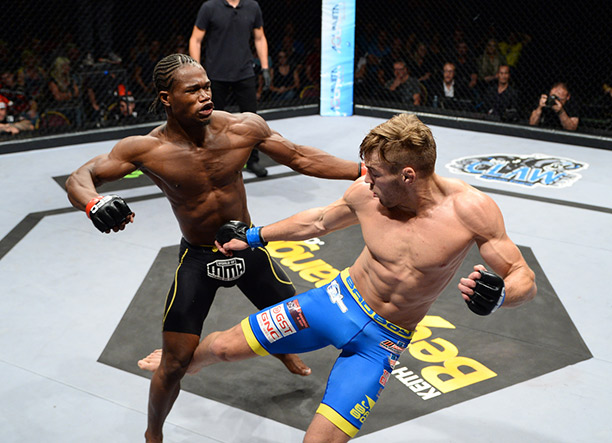 Sun City, South Africa – Just two weeks out from the biggest event in EFC history, and travesty has struck the Pretoria based Team CIT camp. In the build-up to his welterweight title fight against Johannesburg’s Martin ‘The Punisher’ van Staden, Dricus ‘Stillknocks’ du Plessis has damaged his training partner, Michiel Opperman’s knee. Opperman was also set to fight on the card against Poland’s Rafal ‘The Polish Tank’ Haratyk.

Unfortunately, this means that EFC 50 will now lose a highly anticipated middleweight match-up between Opperman and Haratyk. At the time of writing, a new opponent is being sought to face ‘The Polish Tank’ at the upcoming EFC 51 event. However, this means there is a reshuffling of the EFC 50 fight card. The heavy hitting heavyweights Elvis ‘Bomber’ Moyo and Ricky “Apocalypse’ Misholas move onto the live broadcast on the main card. Two of the organisation’s biggest punchers will go toe-to-toe live to millions when Zimbabwe faces DRC in Sun City.

Another exciting bout will be added to the already massive line-up on 17 June. EFC veteran, Soshunguve’s own Amos Hlatswayo will take on Port Elizabeth’s Sindile ‘The Ghost’ Manengela in the opening bout of the evening. Hlatswayo was set to make his return to the Hexagon at EFC 49, but due to his opponent not making weight, the fight was scrapped. Manengela is a black belt in judo and trains under the tutelage of Chris Bright, and brings a slick aggressive style. This fight is sure to get fans fired-up on the night.

“It is very unfortunate for this to happen to Michiel so close to such a big fight again,” stated EFC matchmaker Graeme Cartmell. “But the show must go on!”.