KABESA KNOCKED OUT IN PREPERATION FOR BOTHA 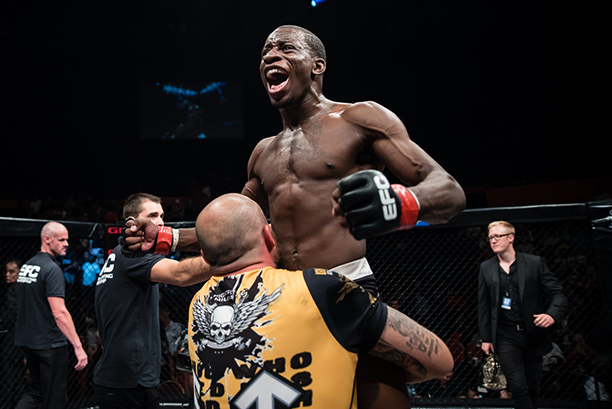 Johannesburg, South Africa – News recently came out of EFC champion Igeu ‘Smiley’ Kabesa’s training camp that he was knocked out in training in preparation for his upcoming title defence against South Africa’s Hanru ‘The Bully’ Botha.

Reports from his team say that he was caught twice in sparring and suffered dizzy-spells. Botha is well known for his incredible knockout power and it can only be assumed that Kabesa’s camp is deep in preparation for this.

Speculation has now arisen over whether Kabesa will be able to compete on the 15 July at Carnival City. More details to follow.