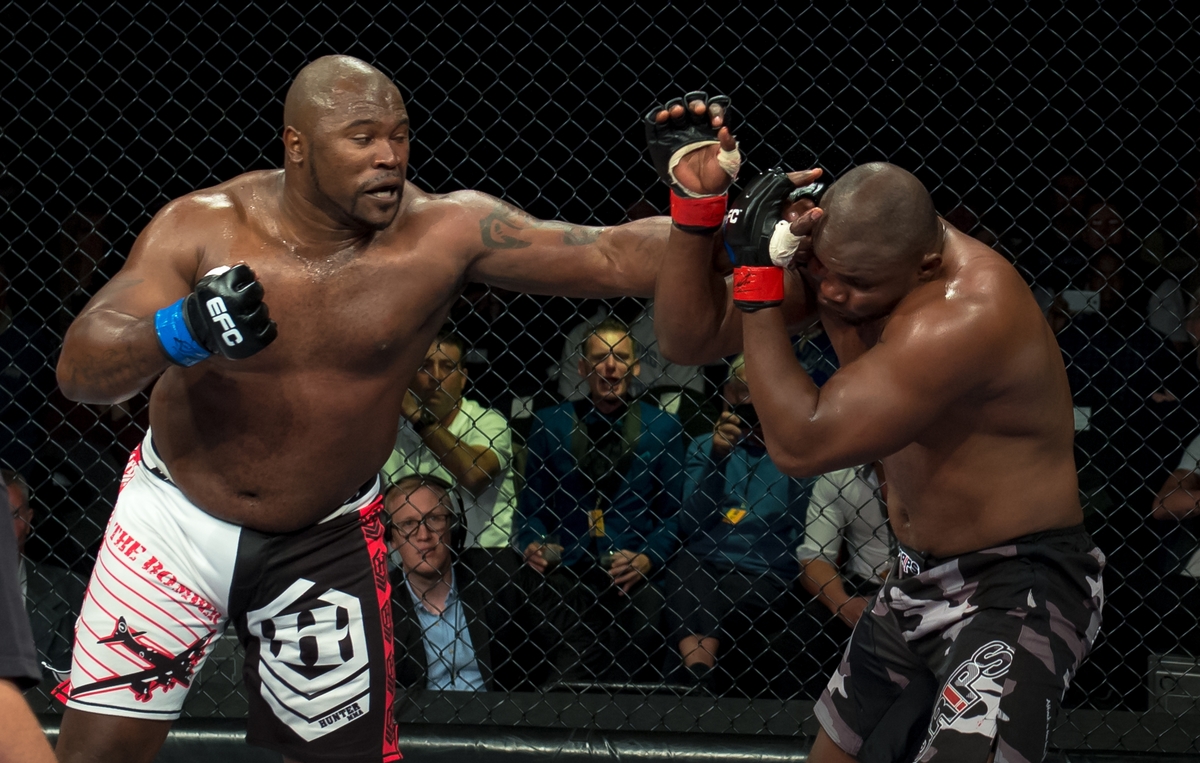 Sun City, South Africa – One of the highlights from last weekend’s epic EFC 50 card saw the intense heavyweight battle between Zimbabwe’s Elvis ‘Bomber’ Moyo and DRC’s Ricky “apocolypse’ Misholas. After numerous devastating exchanges, Moyo’s experienced boxing took control of the fight and won via TKO in round 2. This epic slugfest and other incredible prelim bouts were added onto the live Kwesé Sports broadcast on the night.

As well as the heavyweight Moyo vs Misholas clash, prelim bouts Tjaart Henning vs Bill Thusi and Mthobisi Buthlezi vs Luke Michael were also included on the liv broadcast for their astounding first round finishes.

All these prelim fights were so exciting, that Elvis Moyo, Ricky Misholas, Tjaart Henning and Mthobisi Buthlezi were awarded performance bonuses for their excellent efforts inside the Hexagon.

Head to www.kwesenow.com/efc and watch all the fights on the Kwesé Now app, free.