POWER IS NUMBER ONE

South Africa's Shana Power is the official number one contender 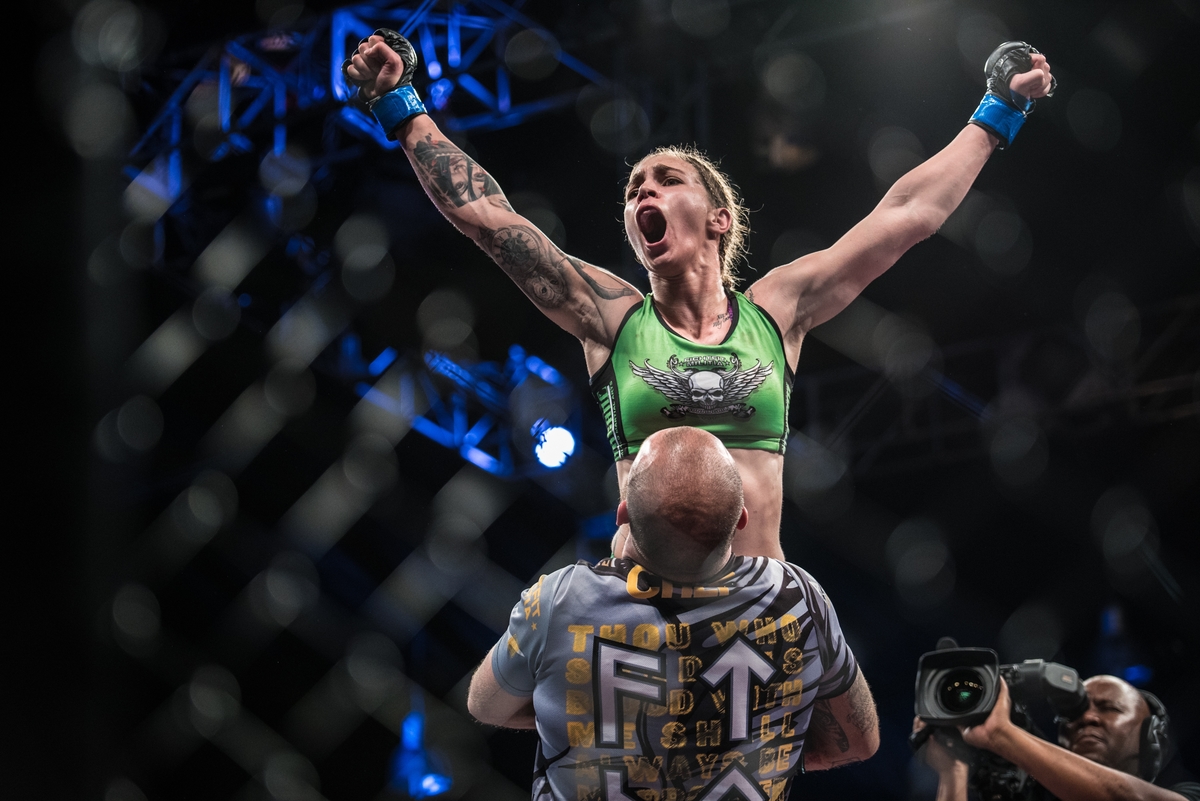 Sun City, South Africa – South Africa’s Shana ‘Titanium’ Power made history on Friday night by becoming he first woman to win two consecutive fights in EFC in a row and became the official number one contender in the flyweight division.

She faced Italy’s incredibly tough Micol Di Segni in a three round war, where she picked apart the Italian with her range striking and creative movement. Earning both ladies a multitude of new fans for their technique and grit. Power also displayed a technique that has not been seen before in the Hexagon and has been dubbed the Sunninghill Slap.

A challenger for Power to face for EFC gold is yet to emerge, with France’s Isabelle Pare and South Africa’s Amanda Lino the two strongest candidates in the running.