MADIBA VS KANYEBA TO LIGHT UP CARNIVAL CITY EARLY 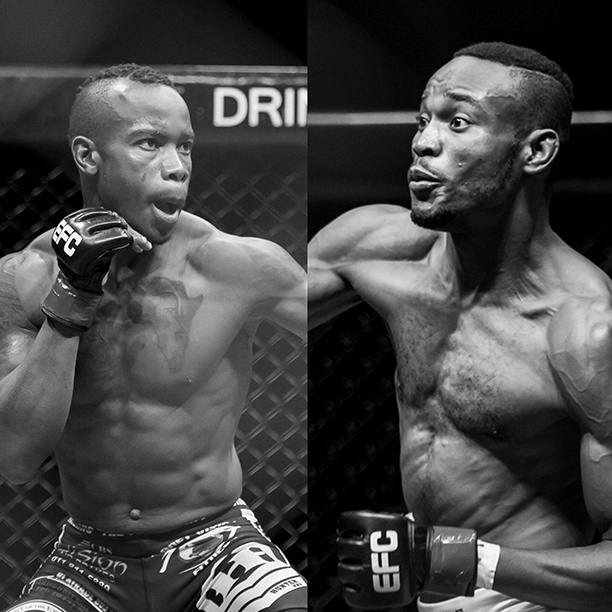 Johannesburg, South Africa – Sure to be non-stop action, the fight between the high flying South African, Tumisang ‘The President’ Madiba and DRC’s Anicet Kanyeba has been rescheduled and added to the EFC 51 event. The highly anticipated battle is set to open Carnival City’s colossal main card on Friday 15 July.

Madiba and Kanyeba were originally scheduled to face each other at EFC Cape Town on 5 August at GrandWest, but were more than eager to get to business and fight earlier than planned.

Madiba has been renowned for his entertaining performances, high output attack and finish rate. Always one to entertain the crowd, his post-fight celebrations of back-flipping off the Hexagon have become famous after his numerous performance bonus winning fights.

His opponent, Kanyeba began his career with a rocky start, but has now racked up a massive four fight win streak. However, facing the menacing, fighting machine, right in the middle of his home-town, will be his toughest test yet.

“These guys were already deep in their fight camps for their fight at EFC 51, they are ready to step in and go,” stated Cartmell. He continued, “It only made sense to move them to this month’s event at Carnival City and what a fight it will be to get the main card started!”