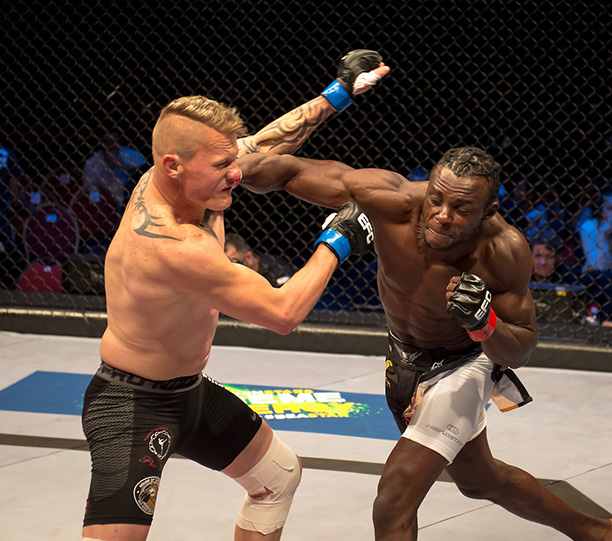 Johannesburg, South Africa – Last year, EFC and Constantia Insurance made news headlines with the announcements of their historic partnership that would see EFC athletes covered for their fights inside the Hexagon.

Notably, EFC stalwart Pietie ‘Thunder’ Coxen has received coverage from Constantia Insurance for his needed facial surgery, from an injury received in his recent EFC 52 bout against DRC’s Pupanga Tresor. Coxen was knocked out with a powerful left punch that had the referee intervene to end the fight. A nerve in Coxen’s left zygoma was damaged and required surgery, which was covered in full by Constantia Insurance.

Footage of the fight is available to watch on the Kwesé Now app, downloadable from www.kwesenow.com/efc/.

“Thanks to Constantia Insurance, we are able to look after our athletes with world-class treatment,” stated EFC President Cairo Howarth. “This falls in line with our primary mission of providing a safe environment for the athletes to compete in. EFC and the athletes are ever grateful for Constantia Insurance’s fantastic coverage. We wish Pietie a speedy recovery.”

EFC 53: Bahati vs. Opperman, presented by SUPABETS, takes place on Friday 2 September 2016 at Carnival City, Johannesburg. Tickets are on sale now at http://www.computicket.com, and the 5 main card bouts will be broadcast live on http://kwesesports.com starting at 20:00 (CAT) and delayed live on e.tv after the 20:30 (CAT) movie.