I’LL TAKE HIS HEAD OFF

England’s Yannick Bahati ahead of fight with Michiel Opperman 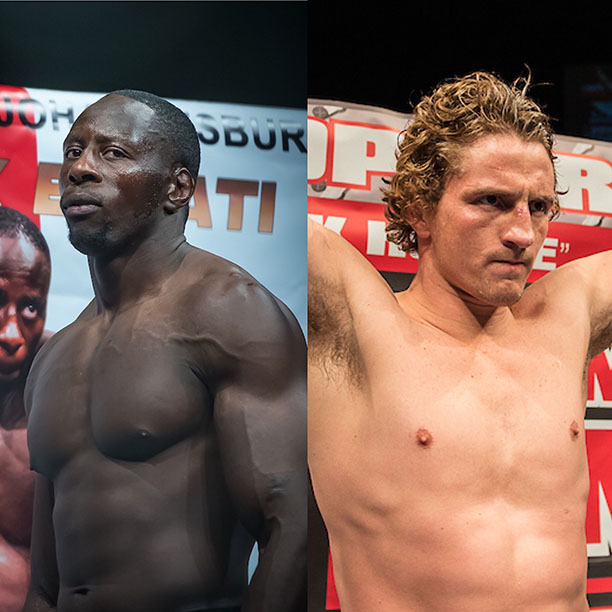 “I will rip that soft body of his, then take his head off,” stated the middleweight champion Bahati.

One thing is for sure, Bahati is coming to lead the United Kingdom charge and stamp his authority on the organisation.

This fight takes place as the main event at EFC 53: UK vs RSA at Carnival City ahead of a stacked main card that sees the United Kingdom’s best take on South Africa’s best.

EFC 53: Bahati vs Opperman, presented by SUPABETS, and takes place on Friday 2 September 2016 at Carnival City, Johannesburg. Tickets are on sale now at www.computicket.com, and the 5 main card bouts will be broadcast live on kwesesports.com starting at 20:00 (CAT) and delayed live on e.tv after the 20:30 (CAT) movie.