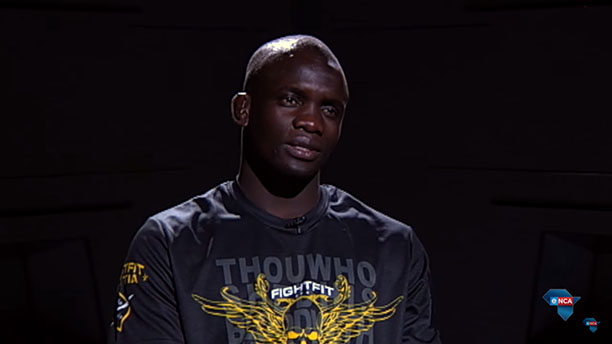 Johannesburg, South Africa – Zimbabwe’s Themba ‘The Answer’ Gorimbo made headlines for his title fight against Leon ‘Iron Lion’ Mynhardt in October last year at EFC 44. During the lead-up to the event, eNCA produced a four-part documentary on Gorimbo’s dramatic rise from illegal diamond mining in Zimbabwe to number one EFC lightweight contender. The documentary was appropriately titled ‘Hope to Glory’.

The judges said the series, which combined video, graphic novel-style imagery and text, was “a clear winner” and “serves as a benchmark model of captivating narrative journalism online”.

“This is great news,” stated EFC President Cairo Howarth. He continued, “Congratulations to Simon Stephens and the rest of the eNCA team on creating such a high standard in African journalism and helping to bring EFC and MMA to the forefront of the media and to the world.”

You can watch Hope to Glory here: http://www.enca.com/hopetoglory/