DECEMBER IN JHB KEEPS GETTING BIGGER AND BIGGER 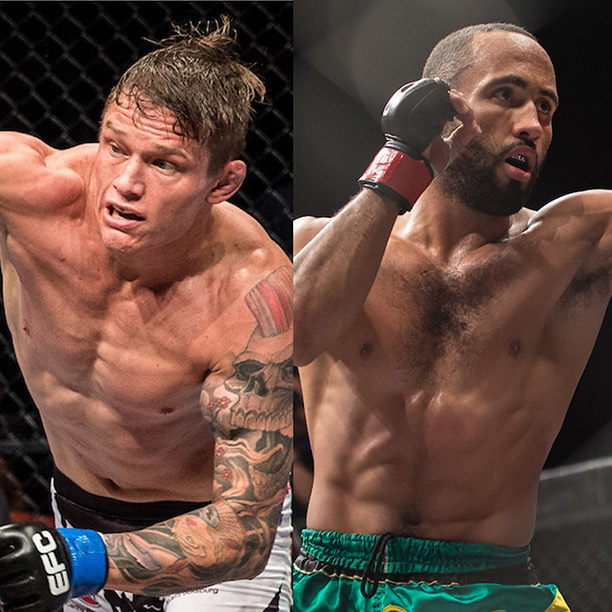 Johannesburg, South Africa – With rising new talents and experienced veterans, the welterweight division in EFC has long been considered the deepest and most talent rich in the organisation. After seeing the latest matchup, this point couldn’t be showcased more. Along with multiple other great fights already scheduled, fans are now set to see a sweltering welterweight bout at the final fight card of 2016. South African MMA legend and veteran, Martin ‘The Punisher’ van Staden is fighting English rising star Joe ‘Silk’ Cummins at Carnival City, JHB on Friday 5 December.

Fighting out of the famed Fight Fit Militia gym in Sunninghill. Johannesburg, Van Staden is one of the most experienced athletes in the organisation having contested for the welterweight strap twice in ‘Fight of the Night’ performances. Both times he fell just short but always comes back from defeats a harder fighter than before.

South Africans versus Europeans has become a central talking point in EFC and van Staden chirped in on the subject, “I don’t know much about UTC, but I know European guys come to fight. I think we (FFM) are something like 5 – 1 against Europeans now.”

Van Staden also commented on his opponent and how he sees the fight going, “My teammate exposed his wrestling. But Cummins mustn’t think I am going to wrestle him. He wants to fight; we are going to stand in the middle of the Hexagon and we are going to trade.”

His opponent hails from Birmingham England, and hones his skills out of the acclaimed UTC gym. He has become renowned for his lucid striking; streaming together combinations unlike any other; the name ‘Silk’ fits Joe Cummins like a glove. His only loss is to van Staden’s teammate, and it has the Englishman fired up for vengeance and to rebuild towards contendership.

Cummins outspoken as ever on the subject talked about his last performance in the Hexagon, “Yea Gorimbo should retire, he is about as entertaining as a packet of biscuits. He got a decision win because he knew he wasn’t going to stop me. The ref should of broke the fight up a thousand times due to the lack of progression on his part. He was happy to hold; he didn’t feel safe apart from when he was hugging me like I was his girl. Fight to win, don’t fight not to lose.”

When asked for comment on his upcoming opponent and team, he responded simply, “Actions, no talk.”

It’s experience versus hunger on the main card at EFC 56 in December, just ahead of the three title fights headlined by Dricus du Plessis vs Henry Fadipe for EFC welterweight gold.