A father and a fighter 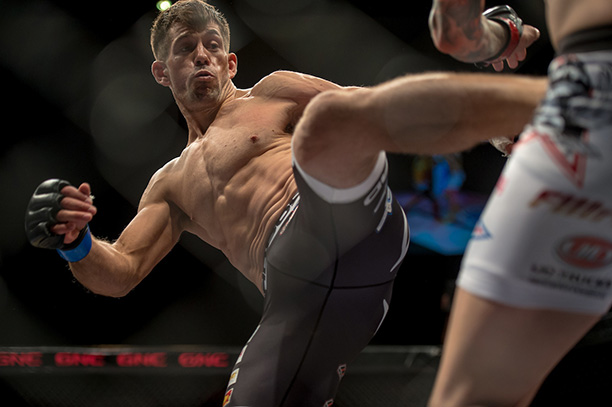 Johannesburg, South Africa – David Buirski is on a mission to make history for a third time. First, he became the welterweight champion. He then was the first man to defend the ‘cursed’ welterweight title. Now he is aiming for gold in the heavier middleweight division.

Buirski took some time out of his busy schedule to answer 5 questions ahead of his title fight at EFC 56.

1) You recently became a father and another is on the way, how has the adjustment to life as a dad been?
“Becoming a dad has been more rewarding than any fight or belt I have ever won or defended. I would give up anything for my little girl at the drop of a hat. They say you only know the meaning of life once you have a kid and it’s 100% true. It obviously has its challenges as you don’t want to miss all the special moments with her, but with training for a fight a lot of sacrifice must be made. Sometimes I do miss these things, which makes me sad, but also makes me work that little bit harder to make it all worthwhile.”

2) You are the only man to have ever successfully defended the welterweight belt and are now contending for the middleweight belt, what does this mean to you?
“I will always be that guy in the history books that ‘broke the curse’ and that is something no one can ever take away from me. It feels awesome and more unreal every time I think of it. It was a dream come true and a lot of sacrifice and preparation was done in order to achieve that. Now getting the chance to again make some more history by being one of the guys able to hold a belt in two different divisions is unbelievable. Not many athletes will be able to even get a chance to do this in their careers, so it means a lot to me and I’m going to take the opportunity with both hands.”

3) Do you think South Africa will unite to support you against England’s Bahati?
“No doubt they going to be 100% behind not only me but South Africa on the night. The crowd at the Big Top Arena is always awesome on fight night and they make it special every time I step in the Hexagon and hear them screaming my name. I got to thank them for always being so kind and supportive on fight nights. I’m sure they’ll have a ‘nice’ welcome for Bahati as well.”

4) Bahati has been rather quiet in the build up to this fight so far, any thoughts on this?
“I just think he tasted a bit of humble pie after my man Michiel knocked him out in 12 seconds. He is lucky to still have his belt. But I’m sure when he gets out here to South Africa he will carry on like he always does. He seems very unintelligent though and his smack talk is pretty boring so does not really phase me, I’ve dealt with his type before.”

5) How will you win this fight and what make syou confident that you will be crowned the new middleweight champion?
“I never have a solid set game plan going into a fight because at the end of the day it is a fight and anything can happen. I’m a well-rounded fighter and I will take my opportunity when it arises whether it be a swift blow to the chin with my shin or fist, or some brutal ground and pound or a subtle submission. I’ll take any gap I get to finish the fight. I believe my all-round game is better than Bahati’s and this is why I will be the new middleweight champ on 9 December.”