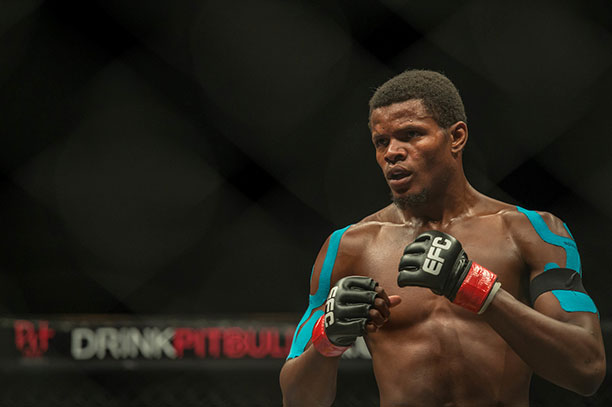 Johannesburg, South Africa – On the evening of November 9 EFC athlete Alain Ilunga was on his way to training when he was accosted by three knife-wielding thugs outside of his home in Primrose, Germiston.

Ilunga fought back, felling one attacker with a left hook, before sustaining a serious knife wound to his hand.

He continued to fight, and two of the three attackers ran off, leaving the third stunned on the ground.

Ilunga then transported the third assailant to the Primrose police station where he was taken into custody, before travelling to hospital.

“The doctors want to see my hand again in two days,” said Ilunga. “I’m not sure yet for how long I won’t be able to fight. I am told between one and two months.”