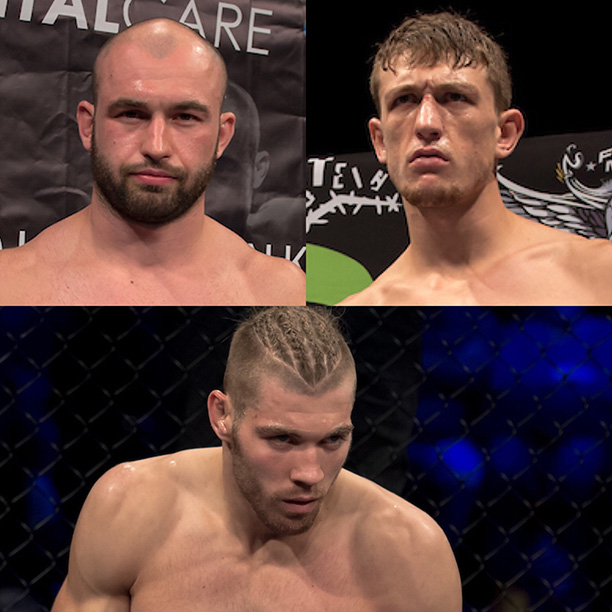 Johannesburg, South Africa – Reigning welterweight champion Dricus ‘Stillknocks’ du Plessis was set to face Ireland’s Henry Fadipe in December at Carnival City, but the Irishman has been forced to withdraw from the bout.

In the fight that earned him his number one contender spot, Fadipe suffered an injury to his hand. While he has been treating the injury, and trying to recover one-hundred percent since then, news has just come in that there is unfortunately no chance that he will be fully healed in time to compete, and if he tried, he would not receive medical clearance.

“Athlete safety is our number one priority,” stated EFC president Cairo Howarth. “Even though we know Fadipe would do everything in his power to compete, there is no point doing it at the detriment of his health,” Howarth added.

Port Elizabeth’s Cameron Pritchard is also a top contender and an obvious choice to replace Fadipe, but due to lacerations received in his fight with Dino Bagattin last week, he too is not able to compete in December.

It left the organization with two choices; to postpone du Plessis’ fight, or to find him the next best opponent in the welterweight division, one that would challenge him for EFC gold. The organisation went for the latter.

Fight Fit Militia athlete Mark Hulme is 4-2 in EFC and is riding a two-fight win streak over Francois Kabulu and Kaleka Kabanda. His losses come from a close decision to du Plessis’ teammate Lyle Karam and disqualification early in his career. He was offered the title shot and he accepted the bout immediately.

When asked for comment, Hulme said, “This is an opportunity that I have been blessed with and am thankful for. There is little I like more than fighting, and fighting the reigning champion is a dream come true. I am not like anyone he has ever fought before.”

However, after being notified of the injury and the new opponent, du Plessis declined the fight against Hulme citing that he doesn’t see Hulme worthy of a title shot and he wants bigger fights.

The refusal to fight Hulme left EFC once again at crossroads; should the organisation request that the champ accepts the Hulme fight, or should he be offered an opponent in a different division, one who as he requests, will potentially give him the hardest fight of his life. EFC offered him both, and Poland’s Rafal Haratyk, aptly known as ‘The Polish Tank’, was called on to be the man for the job.

“It is not about having one or two good performances. You need to be able to consistently put up championship performances to fight for the belt. I wasn’t excited when I was offered Mark.” Stated du Plessis when confronted with the choices.

“Rafal Haratyk on the other hand is undefeated with three first round finishes in EFC, when Graeme (EFC matchmaker) mentioned him as an option, I got excited at the challenge he offered me. I want to leave a legacy and I need the big fights to do that and be remembered as one of the best EFC athletes of all time,” the champ concluded.

The top middleweight contender Haratyk has finished every athlete the EFC has put front of him and is riding a three-fight win streak in the EFC’s middleweight division. On top of that, all three bouts were finished in the first round. Haratyk accepted the bout against the popular champion, but in his heavier middleweight division. Should the fight between du Plessis and Haratyk take place, it would be contested here.

Once rumours of Fadipe pulling out of the fight began surfacing and du Plessis called out for a new opponent, the Pole took to twitter to answer the champs call: “I don’t care about your belt Dricus. But I do care about big fights. Want one? Sign the addendum with my name on it!”

South Africa’s Dricus Du Plessis is still scheduled to headline the massive final event of the year, but his opponent is still to be confirmed. Details to follow as soon as it is official.