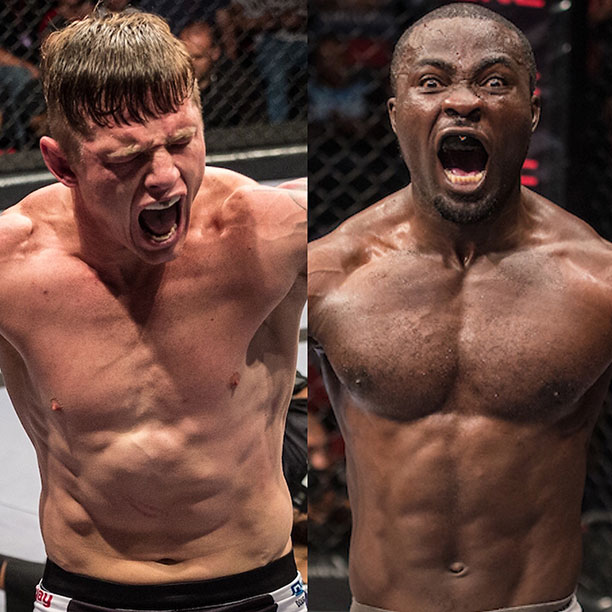 Johannesburg, South Africa – England’s Joe Cummins was in search of redemption. He was scheduled to compete at EFC 56 but an ankle injury in training has transpired and he has withdrawn from the bout against South African MMA legend, Martin ‘The Punisher’ van Staden. DRC’s Kaleka ‘Block’ Kabanda has stepped up to fight the former welterweight contender at a catchweight of 72kg, 2kgs over lightweight.

Both van Staden and Kabanda were aiming to make a move out of welterweight and down to lightweight, but due to the small time-frame (two weeks) until EFC 56; neither athlete will be able to make the lightweight limit of 70kg and have agreed to meet at a catchweight of 72kg.

Van Staden has been wanting to make the move for some time and is adamant to make his mark in the new division. “I am looking forward to stamping my authority on the lightweight division. I think it is a much better weight for me. There just isn’t enough time to make the full drop for this fight as I was aiming for welterweight originally against Cummins.”

Kabanda made a phenomenal start to his EFC career with three straight wins. Fighting out of Pro Fitness in Cape Town, his only losses have been to FFM athletes. Now, looking for vengeance, this could be his biggest challenge yet, when he faces another athlete from the notorious camp, in van Staden. Always moving forward and pressuring his opponents, Kabanda forces action like very few others can and is sure to try the same on van Staden.

‘The Punisher’ is known for his knockout power and Kabanda for his seemingly super human strength, but how will this translate at the lighter weight? Van Staden does not think it will affect him, “Kabanda is tough, but I am going to put him away early.”

One thing is guaranteed with this bout, it will be an action-packed fight between two of the organisation’s most aggressive athletes.