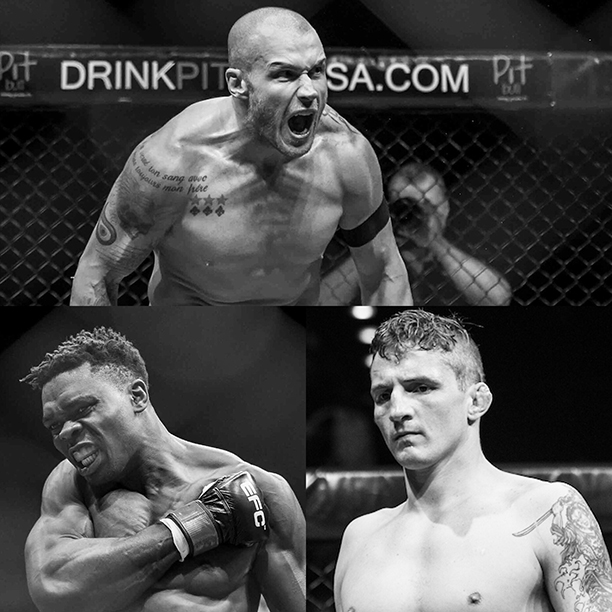 Johannesburg, South Africa – With his menacing demeanor and the way he has rag dolled those who have stood against him in the EFC Hexagon, DRC’s ‘Champion’ Dalcha Lungiambula could just be the scariest athlete in EFC. Since claiming the interim light heavyweight championship, he has been hungry for a fight and calling out Norman ‘Chef’ Wessels for a rematch to unify the division. However, it is now confirmed that the reigning champion Norman Wessels has relinquished his title in order to move down to middleweight.

Dalcha will make his first title defence as the new reigning light heavyweight champion against none other than the ‘Darkhorse’ himself, Michiel Opperman.

With teammates like Dricus du Plessis and David Buirski in welterweight and middleweight divisions respectively, Opperman has decided to chase gold in the bigger light heavyweight division and like a phoenix rising from the ashes, the ‘Dark Horse’ accepted a late notice fight against Bahati and knocked out the ‘British Behemoth’ in twelve seconds. This is the major contributor, which earned him the top contender position.

The light heavyweight championship fight between Dalcha and Opperman will take place on Saturday 4 March 2017 at Carnival City in Johannesburg.

The former heavyweight champion and now former light heavyweight champion, South Africa’s Norman ‘Chef’ Wessels is no stranger to controversy. He is a one of a kind personality outside the Hexagon and one of the most dangerous men inside of it. Well known for his polarizing personality, Wessels has opted to not defend his belt against Dalcha and rather move down to attempt to capture an EFC title in a third consecutive division.

Vacating the title has another effect on the division, light heavyweight opens up for the potential rise of Wessel’s training partner, Chad ‘Superman’ Hanekom. Undefeated in EFC, Hanekom has finished all three of his opponents, most notably with a one-punch KO in his most recent outing at EFC 54.

Wessels decision to move to middleweight is a tough task for the former heavyweight, but it is one that will give him an immediate shot at the belt. He is now scheduled to challenge the winner of the championship fight between England’s Yannick Bahati and South Africa’s David Buirski at a date to be confirmed soon.

EFC 57: Dalcha vs Opperman presented by SUPABETS, takes place on Saturday 4 March 2017 at Carnival City, Johannesburg. Tickets are on sale soon at www.computicket.com, and the 5 main card bouts will be broadcast live on kwesesports.com (Sub-Saharan Africa) and Kwesé Free Sports (Kenya & Rwanda) starting at 20:00 (CAT) and delayed-live on e.tv (South Africa) after the 20:30 (CAT) movie. Full broadcast details available on www.efcworldwide.com.