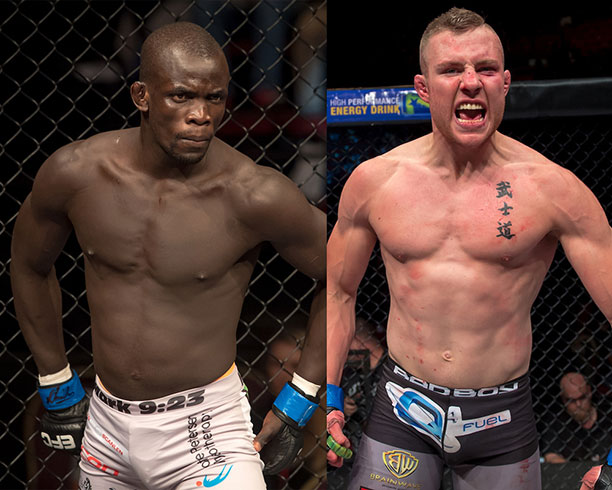 Johannesburg, South Africa – With the addition of the former contender, Zimbabwe’s Themba ‘The Answer’ Gorimbo and the undefeated prospect, South Africa’s Lyle Karam facing each other in a welterweight clash at EFC 57, the first event of the year keeps getting bigger and bigger.

Karam was originally set to face DRC’s Pupanga Tresor, however Tresor withdrew from the bout citing personal responsibilities. His teammate, Gorimbo, has stepped in to replace him.

Fighting out of Team CIT in Pretoria, Karam is riding a four-fight win streak in EFC, with a notable win over Mark Hulme amongst other EFC stars. A slick boxer and powerful submission wrestler, Karam has a 75% finishing rate and is well on his way to becoming a martial arts superstar like his teammate and welterweight champion Dricus du Plessis.

However, this will undoubtedly be his toughest challenge yet as he faces a former contender and submission specialist in Gorimbo.

The Zimbabwean is sniper-like with his submissions, having only ever gone the distance in one of his seven bouts. More notable is that he is undefeated as a welterweight, having only ever lost a lightweight fight for the title against Karam’s teammate. Fighting out of FFM in Johannesburg, Gorimbo has shown a tremendous maturity in his skillsets since that single loss. Having won a multitude of performance bonuses, Gorimbo is often involved in action packed bouts that have earned him the admiration of fans.

“I am going to be his hero when I collect his zero,” stated Gorimbo when signing for the bout. He continued, “4 March will be his humbling day and will make him a better fighter.”

This welterweight clash takes place on the main card ahead of the two mega title fights, Igeu Kabesa vs Boyd Allen and Nkazimulo Zulu vs JP Buys at the first EFC event of the year.