Meet some of the EFC's latest prospects 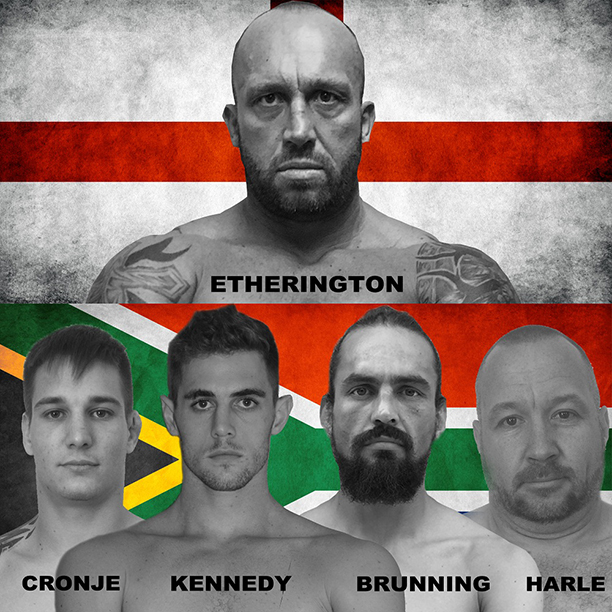 Johannesburg, South Africa – A list of all the latest athletes that have been signed and are set to make their EFC debuts in the coming months.

Devon Cronje – Bantamweight
Fight Fit Militia in Sunninghill, Johannesburg, Cronje is a seasoned amateur, turned pro. While he has become renowned for his wrestling; it is a striking war that Cronje wants to bring to every fight. Cronje makes his EFC debut against Durban’s Yusuf Hassan on 4 March at Carnival City.

Tayla Kennedy – Lightweight
Hailing from Durban, Taylor Kennedy fights out of Gladiator Fight Academy, under former EFC athlete Armand de Bruyn. He is very tall for the division and uses his reach well when kickboxing from a distance. He has a tough debut ahead of him scheduled for 4 March as he faces DRC’s Pope ‘Shogun’ Djembo at Carnival City.

Simon Harle – Light Heavyweight
A man who has been around the South African Mixed Martial Arts community and EFC as an official, for many years, has now moved over to become a competitor. He makes his debut under the FFM team banner when he faces former boxing champion Ruben Groenewald on 4 March at Carnival City.

Karl Etherington – Heavyweight
England’s Etherington is quite easily described as a very dangerous man. Holding a record of 12-2, with none of his fights going past the first round, his alias of ‘The Wrecking Machine’ is truly appropriate and likewise, it too is appropriate that he makes his EFC debut against the former EFC champion and former UFC heavyweight Ruan ‘Fangzz’ Potts. On 8 April in Cape Town he will be looking to make a massive statement in the organisation.

Deon Brunning – Lightweight
The Brazilian Jiu Jitsu blackbelt, Brunning, who originally is from South Africa but moved to England at a young age and has recently returned is fighting out of Pride Fighting Academy in Cape Town. He is undefeated in professional MMA and brings a wealth of grappling expertise to the lightweight division. He is set to make his EFC debut on 8 April against local favourite Regis Muyambo in Cape Town.