“OVER TURN IT TO A NO CONTEST” 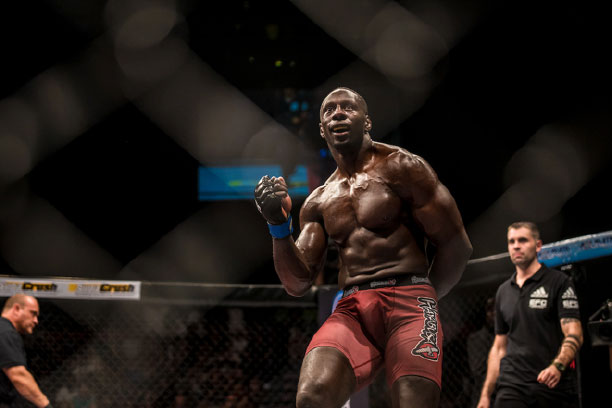 When reached for comment, Opperman opted not to say anything until his hearing with SAIDS has been completed with a final judgment.

Yannick Bahati, the middleweight champion who suffered a shock loss to Opperman on the night of the tests gave EFC his thoughts on the situation.

“As for Opperman failing a drug test, I hope they do the right thing and overturn it to a no contest.” He continued, “I’m not surprised, I’ve mentioned they all on steroids in the past. F*#k them all, I’ll keep working for my vision.”

This is not a first time accusation for Bahati. Previously Bahati has claimed that other athletes are using performance enhancing drugs (PEDs). At EFC 56, after successfully defending the middleweight title, he faced-off with Norman Wessels in the Hexagon and controversially and unsubstantially accused Wessels and teammate, Chad Hanekom, of doping.

In response to the Dalcha fight being cancelled, Bahati added, “I told EFC in early December 2016 that I’m more than happy to replace Dalcha or Opperman at EFC 57 for the light heavyweight title,” Bahati stated. He continued, “As I mentioned in the past, my goal is to become a two-weight division champion.”

Opperman’s hearing will take place at a date to be advised, where a penalty may be suggested to SAIDS by a panel of experts. Athletes such as Cole Henning have faced four-year suspensions in the past and Opperman could potentially be facing even more severe penalties.