The ‘Truck’ To Shake The LHWS

Maphutha vs. Opie at EFC AFRICA 27 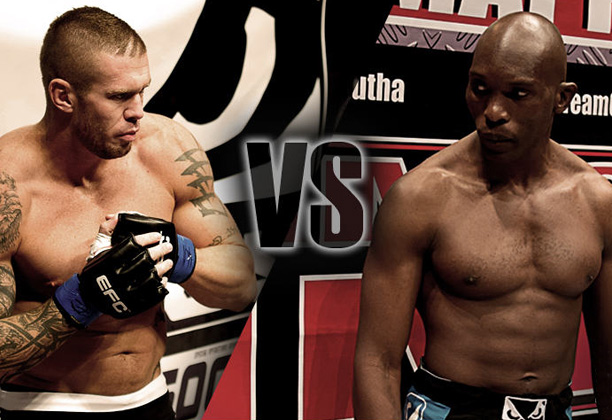 Johannesburg (South Africa) – Tumelo Maphutha, traditionally a middleweight, is no stranger to the light heavyweight division. He set the fastest African KO record there (finishing Chris Du Pont in seven seconds) and returns to light heavy for a clash with former title contender Fraser Opie at EFC AFRICA 27, February 27.

“I’m not finished with the middleweight division,” said Maphutha in an interview this morning. “I still want to compete there. But I am just as comfortable at light heavyweight, and I’m very excited to fight Fraser.”

Maphutha has cemented his reputation as an electric force on the EFC AFRICA roster of late. Most recently challenging JP Kruger for the number one middleweight title contender spot, before that he put on a three round battle with current champion Garreth McLellan, only losing narrowly via decision.

His opponent is no less of a threat. Born and raised in Johannesburg and currently fighting out of the UK, Fraser Opie has shot to stardom in the EFC AFRICA organisation. The current Fight UK and Cage Contender light heavyweight champion, he challenged Gideon Drotschie for his EFC AFRICA light heavyweight title last year, putting on a hard showing before falling to ground and pound in the second round.

“He’s very tough,” said Maphutha of Opie. “That’s what I want. I don’t see any point in fighting opponents that aren’t a challenge for me. Fighting Soldierboy [Garreth McLellan] was something I learned a lot from, the same with JP Kruger. You are going to see a fight.”

“Maphutha is an awesome addition to the light heavyweight ranks,” said Cairo Howarth, EFC AFRICA president. “He’s already demonstrated his punching power. McLellan refused to stand with him and JP Kruger was taking a beating before he was able to sink a submission. Added to that, Maphutha brings the speed of the lighter division with him. A matchup between him and any member of the light heavyweight division is a very exciting prospect.”