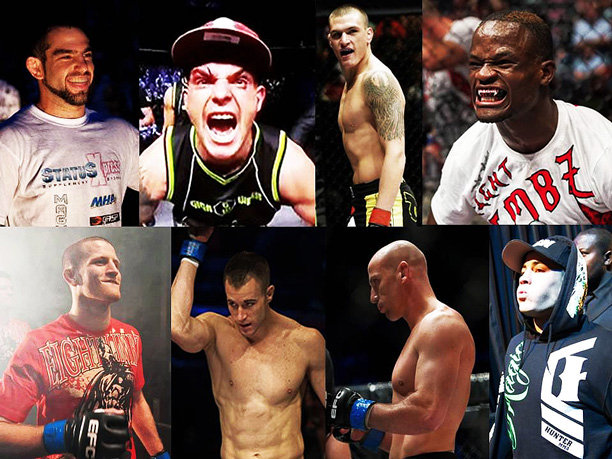 Johannesburg (South Africa) – February 27’s fight card is packed with huge fights. Today some of EFC AFRICA’s top personalities gave their views on 2014’s African MMA opener. Which is the fight you would most want to see? What you reckon?

“It’s exciting to see so many big fights. I haven’t seen a card this packed in a while. Of course I’ll be watching the featherweights. Wesley vs. Gareth, both are top contenders, but, coming off a loss each, I think they’d each need another fight before they can think about facing me.”
– Demarte Pena, EFC AFRICA featherweight champion.

“Look. Charlie Weyer’s been around for a while. He had the fastest pro boxing KO in the world in 2007 I think, and Zulu, he’s a killer. So that’s going to be a good one. Opie vs. Maphutha, well, both those guys are definitely coming to fight. Mynhardt and Naumann. Those are good, good guys. That fight is going to be something special.”
– Brendan Katz

“It’s an awesome card. With two guys debuting from our gym I’m really excited. The main card is big, and then there’s Wesley and Gareth on the prelim card. It’s the kind of event that you have to be there, from start to finish. If I could only watch one fight out of all of them, though, I’d say Daniel vs. Hawkey.”
– Boyd Allen

“That’s a wicked card, hey? This is one extremely sick card. How are they going to top that? Mynhardt vs. Ninja, that’s the fight I want to see.”
– Wentzel Nel, former EFC AFRICA lightweight champion.

“I’m a sentimental guy. Darren Daniel vs. Donavin Hawkey is where it’s at for me. Both of those guys made the sport in Africa. They’re such similar fighters, both aggressive, both looking for first round finishes. I’m keen to see how the mirror image between them is going to break.”
– Adam Speechly, former EFC AFRICA welterweight champion.

“Not only is my brother fighting on the night, the inaugural BW title fight is a big one for me. It’s going to determine my future and it’s going to be a cracker. On top of that I want to see Darren Daniel vs. Donavin Hawkey. Those guys are legends, they’ve been around since the beginning. To see them go up against each other is something special.”
– Matt Buirski

“EFC 27 looks sick! There are some really great match ups and exciting fighters on the card and I’m just looking forward to seeing EFC back on our screens! Of course, I will be focusing most of my attention to the main event between Mynhardt and Naumann as I’ll be facing the winner in June and bringing my belt back to Cape Town.”
– Don Madge, former EFC AFRICA lightweight champion